Days Of Our Lives (DOOL) Spoilers: Sami Fears The Consequences For Lucas As EJ Goes Dark 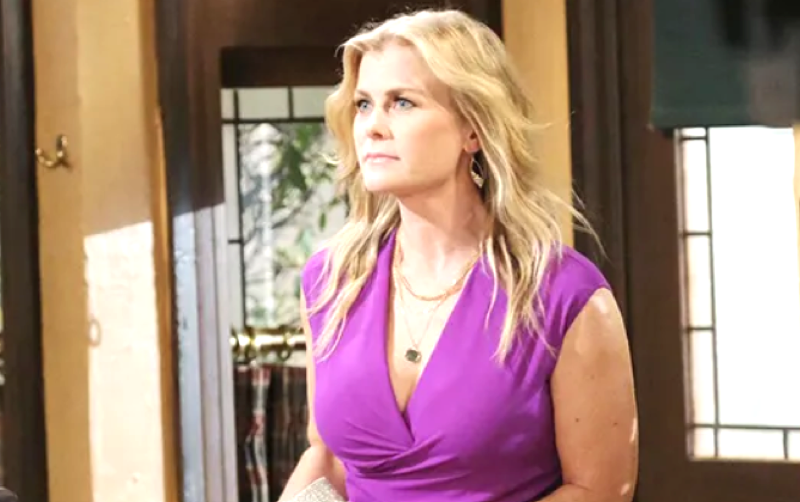 Days of Our Lives viewers will recall that EJ was furious when Nicole Walker Brady (Arianne Zucker) handed him Kristen DiMera’s (Stacy Haiduk) letter in a recent episode of Days of Our Lives. Philip Kiriakis (Jay Kenneth Johnson) had retrieved the partly burned letter from the garbage can at Brady’s Pub after Lucas had thrown it away. Sami had just broken up Nicole and Eric Brady (Greg Vaughan) at their first-anniversary party, in a very public way! Philip gave Nicole the letter and suggested she give it to EJ as a quid pro quo to get revenge on Sami! Days of Our Lives viewers will recall that when he read the letter, which he had been expecting, he cried out in horror and literally swept his desk off onto the floor! He then made a call, trying to get a working phone number for Kristen.

Days of Our Lives viewers will recall that EJ, like most of the DiMeras, with the possible exceptions of Tony DiMera (Thaao Penghlis) and Chad DiMera (Billy Flynn), has a Stefano DiMera (Joseph Mascolo) dark side. Jake DiMera’s (Brandon Barash) hasn’t surfaced yet, but he never knew his father so there is that nature versus nurture theory that may come into play with him. 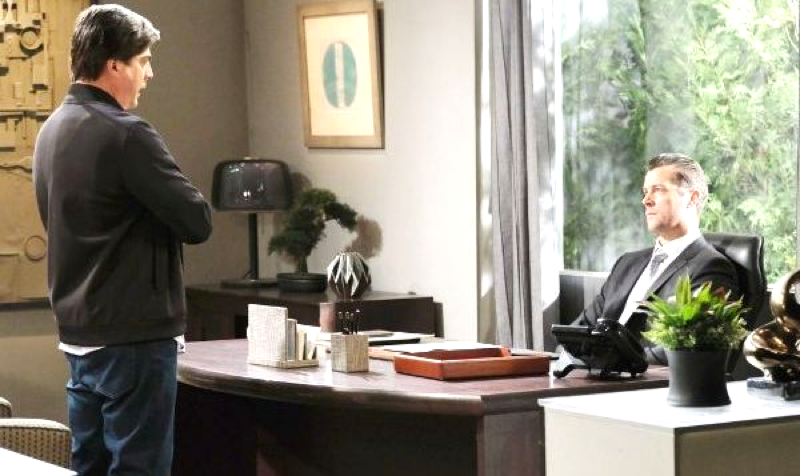 The creepy part of EJ’s approaching Sami, as Days of Our Lives viewers will have noticed, is that his demeanor seemed like the calm before a storm! He approached a smiling Sami very calmly, and very methodically, saying he had this urge to come home to his loyal and faithful wife! He put his hands on her arms as if preparing to embrace her. But inside, EJ is likely seething, and his true emotions are like a volcano getting ready to erupt!

Days of Our Lives viewers could draw comparisons between EJ’s wrath towards Sami to Dr. Jekyll and Mr. Hyde! This is the dangerous part of EJ that Sami has alluded to in the past and that Lucas has been so concerned about. Days of Our Lives viewers have noticed Sami has some fear about that side of EJ, but during the past several years has ignored it while trying to nurse him back to health.

EJ displays the behavior of a classic spousal abuser – mistreating his wife at least verbally in his case, and then cycling back with platitudes of sorrow and making amends for his bad behavior! EJ’s wrath comes out against Sami with fearsome force, although he doesn’t manhandle her. More than likely, if EJ hasn’t been able to contact Kristen to verify who the “another” that Sami’s been cheating on him with is Lucas, he’s figured it out! Sami fears what the consequences will be for Lucas!