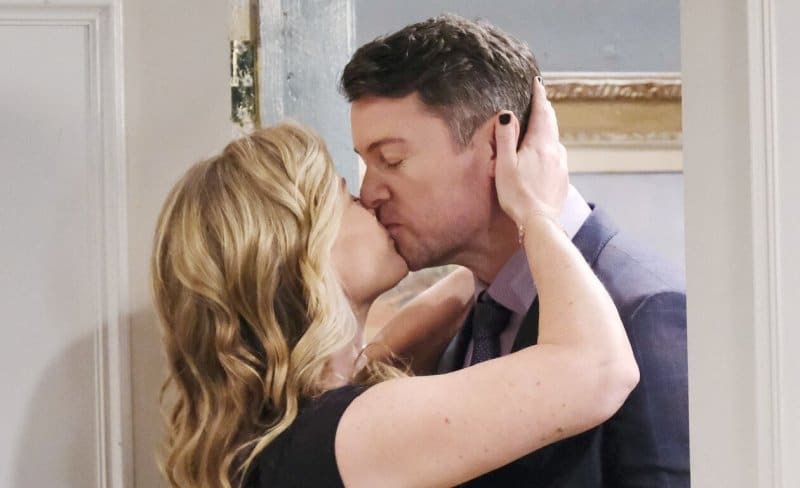 Days of Our Lives (DOOL) spoilers and updates for the week of June 21 reveal that Sami DiMera (Alison Sweeney) will still be battling her love triangle. She clearly has fallen in love with Lucas Horton (Bryan Dattilo) again. However, EJ DiMera (Dan Feuerriegel) makes big promises and says all the words Sami’s been wanting to hear. She hides the truth about her cheating, but is it too late?

DOOL spoilers reveal that EJ mentions that his connections have told him what is going on. Apparently, someone has been filling in EJ on Lucas and Sami getting closer. We have to wonder if it’s Kristen DiMera (Stacy Haiduk). She threatened to tell EJ and she isn’t exactly the kind of woman known for keeping her promises. Besides, she lost Brady Black (Eric Martsolf) and her baby before going on the run. So, she literally has no reason to keep quiet anymore, as well as nothing left to lose.

When EJ surprises Sami by showing up unexpectedly, he makes sure to give Lucas all the signs that he knows what’s going on. He also directly glares at Lucas and says that he’s been informed that someone is trying to weasel in on his marriage. Lucas knows exactly what that means but continues playing it cool. Then, he leaves EJ and Sami to talk alone, where the resurrected Salemite makes all kinds of promises. 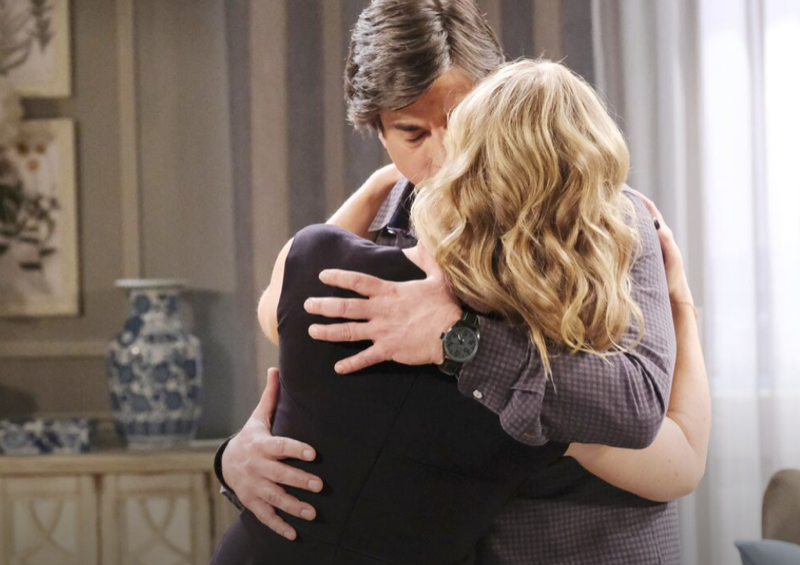 Days of Our Lives spoilers reveal that Sami does make a decision. At least, she thinks she makes a decision but either changes her mind or doesn’t know how to admit the truth. Lucas believes that Sami is going to tell EJ that their marriage is already over. However, Sami isn’t able to do that and sleeps with EJ. She also lies to his face when he directly asks Sami to tell him what went on between her and Lucas.

It is teased that during the week of June 21, Lucas and Sami struggle to keep their cheating a secret from EJ. He obviously already knows the truth and “Lumi” is only delaying the inevitable. However, there has to be a good reason why Lucas agrees to lie. It is teased that EJ is just as ruthless as ever, if not more so. So, perhaps Sami is convinced that if she leaves EJ, Lucas’s life might be in danger. We also know that Sami makes an accusation toward EJ, but he blows her off. Could EJ already be planning his attack? We will have to keep watching the NBC soap to find out what happens next.