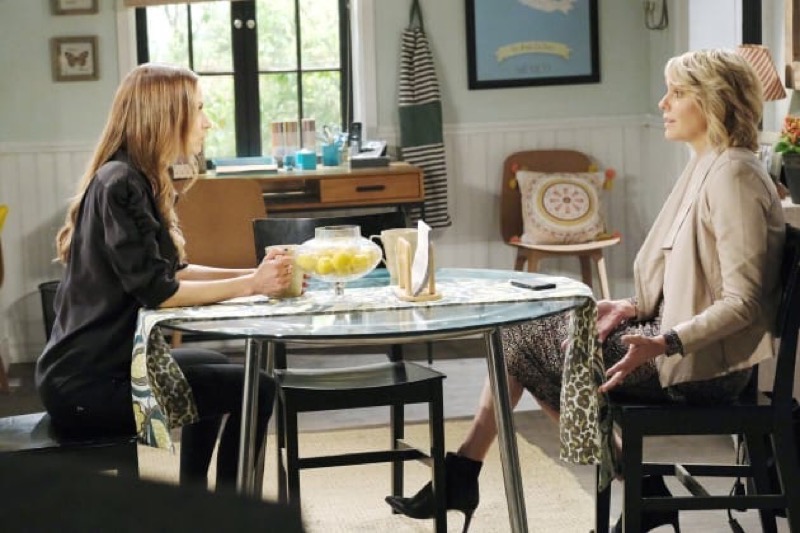 Days of Our Lives (DOOL) spoilers and updates tease that Ava Vitali (Tamara Braun) will warn Sami DiMera (Alison Sweeney) not to mess with Nicole Brady’s (Arianne Zucker) life in an upcoming episode of Days of Our Lives!

Days of Our Lives viewers certainly must have picked up on the fact that Ava and Nicole are good friends. Ava knows that Nicole messed up and cheated on Eric Brady (Greg Vaughan) who also happens to be Sami’s twin brother. A very guilty feeling Nicole confessed everything to Ava, her good friend and maybe closest thing each other has to best friends. But Ava also knows what led up to it – Eric had canceled yet again another visit home from Africa.

Days of Our Lives viewers will remember that after only being married for barely a month, Eric was off to the mission field, after so many years of trials and tribulations before the two soulmates could marry! And then, after the umpteenth canceled trip home, Eric had told her he had signed on for another several months’ stint, and Nicole was growing weary of this mission field that was sounding more like an excuse to stay away! She had gone to Brady’s Pub and started drinking, and was joined by another grieving soul, Xander Kiriakis (Paul Telfer). 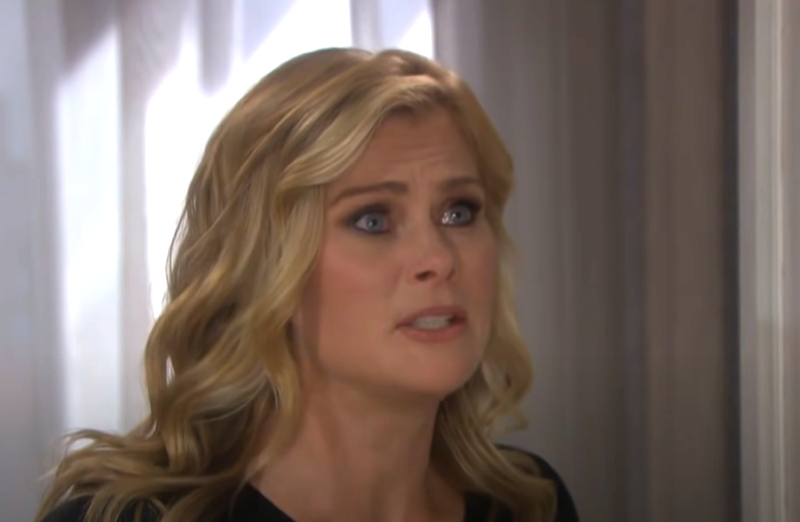 Xander has been on a drunk since being deceived by Kristen DiMera (Stacy Haiduk) into thinking that his fiancée Sarah Horton (Linsey Godfrey) had dumped him for her ex-husband Rex Brady (Kyle Lowder) the day before their wedding. The two got drunk as a skunk and had headed for the Salem Inn, and Sami had been walking through the Horton Town Square and saw them!

Days of Our Lives viewers will recall that Sami was going to call Eric before she and her first ex-husband now current lover Lucas Horton got so unceremoniously locked up in the DiMera dungeon – uh, wine cellar – and almost as soon as she got free she headed over to tell Nicole she knew what was going on.

Pot met kettle as twice cheating Sami threatened once cheating Nicole with calling Eric, and Nicole had desperately tried to keep her slimy secret from good friend Rafe Hernandez (Galen Gering)! As anyone who knows a police detective, especially one who used to be an FBI agent knows, it’s hard to keep anything secret – they pick up on absolutely every hint of body language and every nuance of a look in one’s eyes! Ava’s not too shabby about being able to do that either, and she knows there’s something wrong and she draws it out of Nicole when they have a private moment.

Nicole tells her that Hurricane Sami is about to strike again and threatens to call Eric and tell all, and she may have already! It’s like she is determined to ruin Nicole’s marriage if it isn’t already ruined as it is considering Eric acts as the mission field in Africa is his mistress! Ava decides she had better intervene, not telling Nicole her plans.

Ava has given up the mob life but with Sami, she puts on her most threatening mafia princess persona as she warns Sami she’d better back off and not mess with her best friend Nicole’s life! Of course, Sami huffs and puffs and threatens to blow her house down, but then she drops a name Sami didn’t think she’d “go there” with. Ava shuts Sami up when she threatens to tell EJ DiMera (Dan Feurreriegel) that she has noticed that Sami and Lucas are a little too cozy to be just exes!