British royal family news reveals that the Duke and Duchess of Cambridge stopped by St. Andrews University, where they met almost 20 years ago, in their mini-tour of Scotland that ended on Thursday. Throughout the entire duration of the tour, the royals visited a lot of interesting locations and met different people, talking to them and learning what it takes for them to do their jobs, especially after the toll that the pandemic has taken on jobs everywhere.

Kate and Prince William literally took a trip down memory lane when they stopped by a store they used to visit “regularly” during their student days at St. Andrew’s University.
The Duke and Duchess of Cambridge Stop for Launch in a Store They Regularly Visited as Students

The couple enjoyed a late lunch of fish, chips, and ice cream from a store they visited regularly during their school days at St. Andrews University.

The couple reminisced about the early days when their relationship still blossomed with a date at Anstruther in Fife, about 10 miles from the college town of St. Andrews. 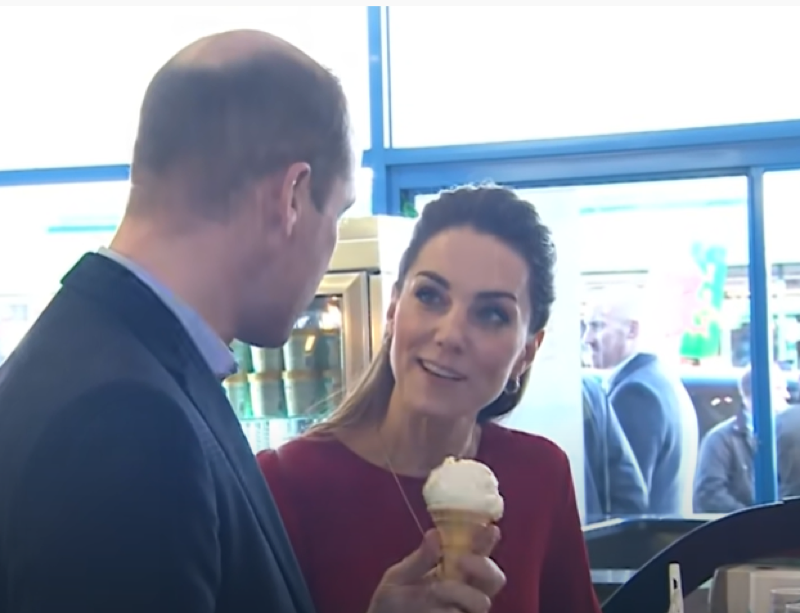 The well-known Anstruther Fish Bar is run by a couple, Alison and Robert Smith, and their son Andrew. The couple ordered haddock and chips and an aide picked it up for them. They ate in a secluded spot on a pier, sitting on a bench beneath an umbrella.

“We can hardly believe it’s almost 20 years since we last had the honor of frying up some Scottish haddock and chips for, our then regular customers,” Anstruther Fish Bar’s official social media page wrote. “Prince William and Catherine Middleton, while they were students at St Andrew’s University.”

After enjoying their meal under an umbrella and watching the local seagulls, the royals returned and stood in line for their dessert.

“Before heading back to their waiting helicopter, they popped in for some ice cream and to chat with some of our thrilled staff. The Duke thanked us for the fish and chips and made a point of telling Andrew that they were just as good, if not better than he remembered from his student days,” the statement continued.

“They were strolling around the town like locals,” Alison shared with PEOPLE. “They walked along the shore street and people were greeting them, and they stopped at our ice cream parlor store and came in for ice cream.”

“Kate told our restaurant manager Julie, ‘We have really enjoyed being here. It is a real trip down memory lane for us today.’ I thought that was so sweet,” Alison continued. “Even though our staff was very nervous, they were just so nice to talk to.”

“When my son Andrew came down to speak to the Duke, he asked, ‘Did Your Royal Highness enjoy your fish and chips? And he said, ‘It was amazing. If anything, I’ve got to say they were every bit as good as I remember, if not better.'”

Alison recalled that the Duchess had a gluten-free cone with Scottish Tablet ice cream. “It is sugary and fudge-like,” Alison said of Kate’s Ice Cream order.

William went with cookies and cream and mint chocolate chips in a tub.

“We didn’t charge them — we were horrified that they had to pay for the fish and chips. They had the ice cream with our compliments.” Alison revealed. “They were able to relax and enjoy the visit — and they certainly gave our staff a boost for the day.”