Royal Family News: Prince William And Kate Middleton Arrive In The Island Of Orkney For The First Time

British Royal family news reveals that the royals have officially kicked off their “couple” mini-tour of Scotland, and on day two of the tour, the royals made their way to the northeastern tip of the British Isles for their first official visit to the Island. The remote spot is about 310 miles north of the Scottish capital Edinburgh.

The royal couple kicked off day two of their tour on Tuesday morning by attending Orkney’s new Balfour Hospital in Kirkwall and officially opening it. They also got to meet with the hospital’s local National Health Service staff.

The 39-year-old Duchess attended the event in a camel-colored Massimo Dutti coat with a checked scarf in the Strathearn tartan — a symbol of the Scottish version of their titles: the Earl and Countess of Strathearn.

The new hospital has made the repatriation of many health services from the Scottish mainland, back to Orkney, possible, thereby allowing local residents to get the most of their healthcare from their homes. The couple walked around the new building’s circular design, which is based on the 5000-year-old Neolithic settlement, Skara Brae. The circular design keeps with that of many circular historical sites, thereby blending into the landscape.

The royal couple was greeted with local dignitaries and an air cadet shortly after their arrival in Orkney, before moving on to the hospital. 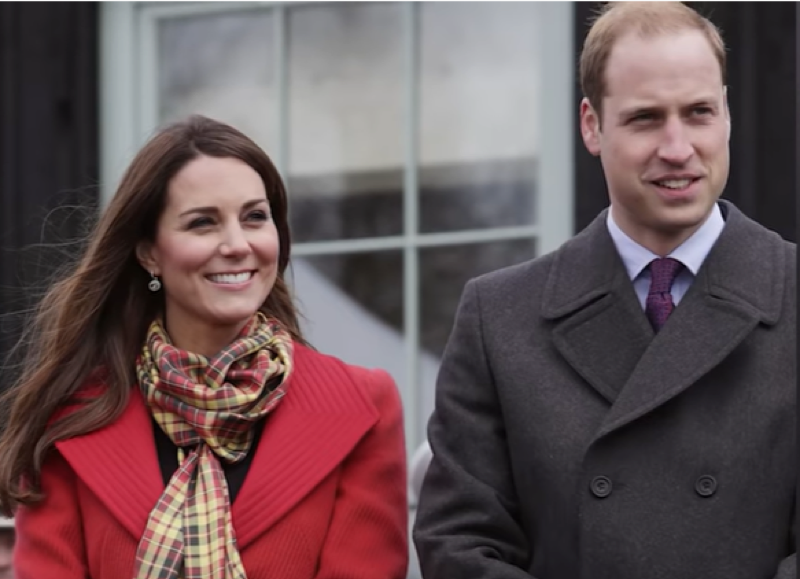 After their hospital visit had ended, they went on to visit the European Marine Energy Centre (EMEC), the only accredited wave and tidal test center for marine renewable energy in the world.

During their visit, they learned more about EMEC’s leading role in tackling climate change and supporting the U.K.’s green recovery, from marine renewable energy generation to green hydrogen production and distribution.

William and Kate will also get to visit the fuel cell and hydrogen storage trailers at Kirkwall Pier before making a trip out to sea to see the world’s largest tidal energy turbine, the 2MW ‘O2’.

They spent most of the day on the island, which sits at the northern tip of Britain, and will continue their visits across Scotland until Thursday.

William first arrived solo in Scotland last Friday and was later joined by his wife Kate on Monday. Their first outing together was to North Lanarkshire, where they paid a visit to Turning Point and learned about the local social care charity’s vital support to people with complex needs, including mental health challenges and addictions.

Later on Monday, Kate tried her hand at DJing, with the couple also meeting members of the Sikh community in Edinburgh.

During their Monday visit, the Duke and Duchess of Cambridge took part in a video call with staff and service users from TPS’ Glasgow Overdose Response Team (GORT), to understand how the service works to reduce drug-related deaths by giving real-time crisis support for people who have gone through a near-fatal overdose.