British Royal family news reveals Prince Harry, Duke of Sussex has been in the spotlight a lot recently stressing all he and his wife Meghan went through at the hands of the British media, which according to the royal couple, was the reason they had to step down from their roles as senior royals.

Prince Harry also recently revealed that another reason behind his motivation to leave the firm was his need to break the cycle of pain and suffering and make sure that he doesn’t pass it on to his children. While he credits his wife as the reason he sought a therapist and continued to keep up with his therapy four years later, he still admits that he feels sad sometimes and “angry”, especially when he hears a camera clicking on their faces.

Royal Family News: Prince Harry Says That Their Oprah Interview was about “Being Real”

Prince Harry is opening up to the world about his struggles with haunting memories, but now mostly about the current reality, he’s living in. In the Oprah interview that was soon viewed by millions of people all across the world, the Duchess of Sussex revealed that she suffered periods of suicidal thoughts and had times when she felt the need to cause herself harm. 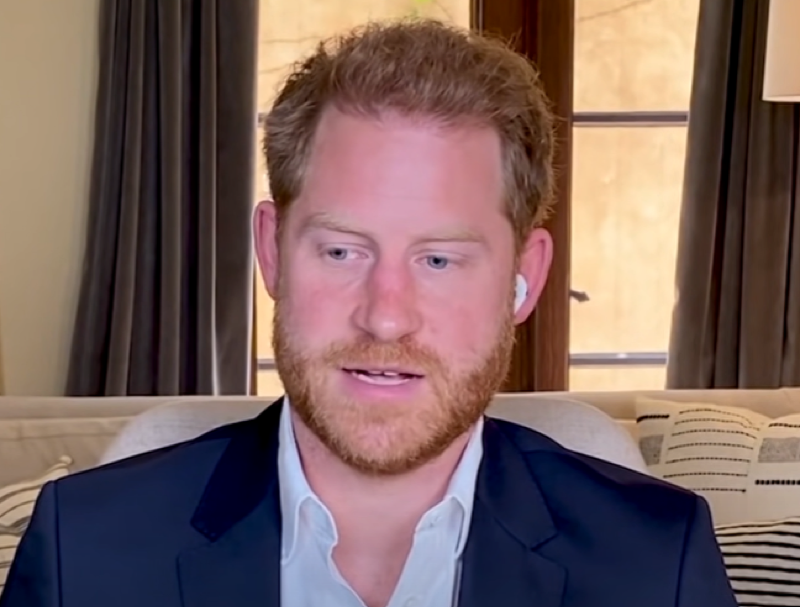 In his new docuseries The Me You Can’t See, which he co-executive produced with Oprah Winfrey, the Duke of Sussex, 36, shared how their Oprah interview “was about being real, being authentic and hopefully sharing an experience that we know is incredibly relatable to a lot of people around the world despite our unique privileged position.”

Some days before the pre-recorded interview was set to air, the U.K. media The Times ran an article that made claims that the Duchess of Sussex faced a bullying complaint made by one of her close advisers during the time she served as a working royal at Kensington Palace. It was something that her office strongly disagreed with.

“The Duchess is saddened by this latest attack on her character, particularly as someone who has been the target of bullying herself and is deeply committed to supporting those who have experienced pain and trauma,” PEOPLE reported the statement made by a spokesperson for the Duke and Duchess of Sussex at the time.

“She is determined to continue her work building compassion around the world and will keep striving to set an example for doing what is right and doing what is good,” the statement further read.

Recalling the shock they faced when the headline about his wife Meghan ran before the airing of the Oprah Winfrey interview, he said that his wife was so stricken that she actually broke down crying one night due to the “combined effort of the firm and the media to smear her.”

Harry and Meghan reportedly began dating in July 2016 and in November 2017, they became engaged, marrying less than a year later in May 2018.

In the docuseries that are made for the purpose of highlighting mental struggles that people from around the world face, Harry admitted that “meeting and being with Meghan, I knew that if I didn’t do therapy and fix myself, that I was going to lose this woman who I could see spending the rest of my life with.”

“There was a lot of learning right at the beginning of our relationship. She was shocked to becoming backstage of the institution of the British royal family,” he said. “When she said, ‘I think you need to see someone,’ that was in reaction to an argument we had. And in that argument, not knowing about it, I reverted back to 12-year-old Harry.”

“The moment I started therapy and probably within my second session, my therapist turned around to me, and said, ‘That sounds like you are reverting to 12-year-old Harry.’ I felt somewhat ashamed and defensive,” Harry added. “She said, ‘I’m not calling you a child. I’m expressing sympathy and empathy for you for what happened to you when you were a child. You never processed it. You were never allowed to talk about it. And all of a sudden now, it’s coming up in different ways as projection.'”

He called it the start of a learning journey for himself. “I became aware that I’d been living in a bubble, within this family, within this institution, I was sort of almost trapped in a thought process or a mindset.”

Harry said that therapy helped him gain one of the biggest lessons of his life, “You’ve sometimes got to go back and to deal with really uncomfortable situations and to be able to process it in order to be able to heal. For me, therapy has equipped me to be able to take on anything. That’s why I’m here now. That’s why my wife is here now.”

Harry and Meghan officially stepped down as working royals in 2020, moving to Montecito California with their now 2-year-old son. They have not only called it home but have forged a new life for themselves over there.

They’ve launched with Netflix and Spotify, as well as expanded their platform with their Archewell Foundation. The royal couple recently celebrated their third wedding anniversary and is expecting a daughter sometime this summer.