Kate and William are on an official tour of Scotland this week, and they spoke to the stars before screening the film for NHS staff on Wednesday.

Thompson told Prince William, “Nice to see you, darling.” She has known the royal since he was young, thanks to her friendship with his father Prince Charles.

During the call, Stone shared that she once shot a scene outside Buckingham Palace: “I was riding a motorcycle around The Mall.”

Prince William replied with a laugh, “We should have had you stopped, Emma, it’s very dangerous.”

During the Monday evening chat, Prince William and the Duchess of Cambridge talked to Emma Thompson and Emma Stone about what it was like to make the film in London. They also went over the incredible costumes and the inspirational work done by NHS staff across the country. They made sure to add that thanking the staff is vitally important. 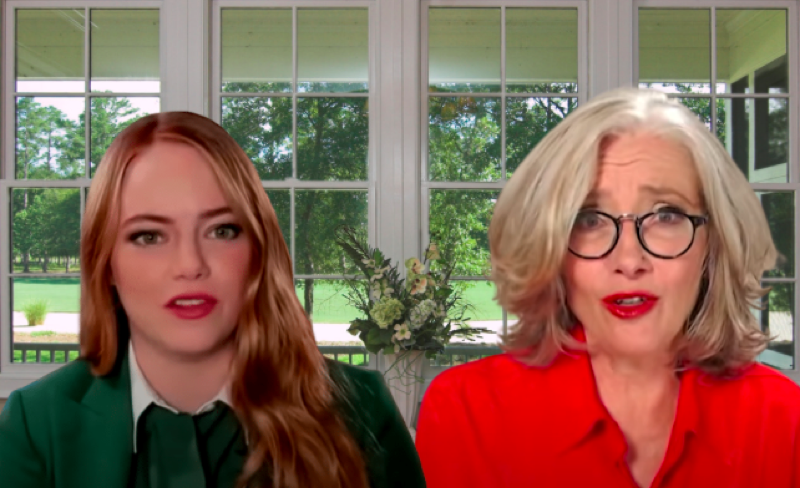 William and Kate thanked the actresses for allowing them to screen Cruella with NHS workers at the Palace of Holyrood two days before the film’s debut date.

While the chat carried on, Kate asked the stars about their experiences working on the set. Likewise, Thompson discussed the costumes that were specially designed for the film.

She laughed that she often thought the 1970s outfits had once belonged to her as they were so very familiar.

“I kept looking at all the frocks and thinking, ‘I think that’s mine. I’m sure I’ve worn that,’’ she said, adding: “You won’t remember because you’re all too young.”

At another point in the chat, Prince William talked about recently being “propositioned” during a recent royal visit. Apparently nursing home resident Betty McGee, 96, got a little flirty with the prince during an engagement earlier in the week and all involved had a warm laugh that day.