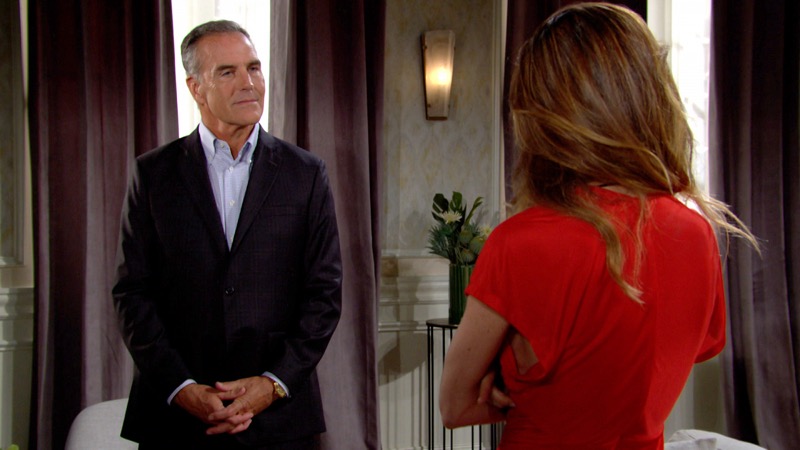 Viewers of The Young and The Restless will recall that after some coaxing on Ashland’s part, Victoria finally agreed to meet him in New York City, where he had told her he had some business and Victoria had wanted to celebrate a successful day of business herself. At that point, Victoria wasn’t actually expecting anything in the way of a romantic encounter, but she did want to get to know the formidable executive known as “The Locke Ness Monster” a little better, away from Genoa City and all of its distractions.

However, it turns out that Locke gets some terrible news that is anything but something to celebrate, and it isn’t long before Victoria finds out what it is. The two of them do manage to likely enjoy a nice dinner together in an expensive New York City restaurant, with some engaging conversation and fine wine. Then Ashland delivers the grim news to Victoria, who is understandably shocked. He tells her, after coming back to Victoria’s hotel suite, that the meeting he had gone to that afternoon was actually a doctor’s appointment.

Victoria looks at him with visible concern. Ashland continues, telling her that as it turns out, it is too late for a lot of things. The doctor told him he has inoperable cancer and only six months to live! Viewers of The Young and The Restless know it’s a good thing they have some more wine there in Victoria’s hotel suite, and maybe something a little stronger because that is the kind of news after which one needs a good stiff drink! 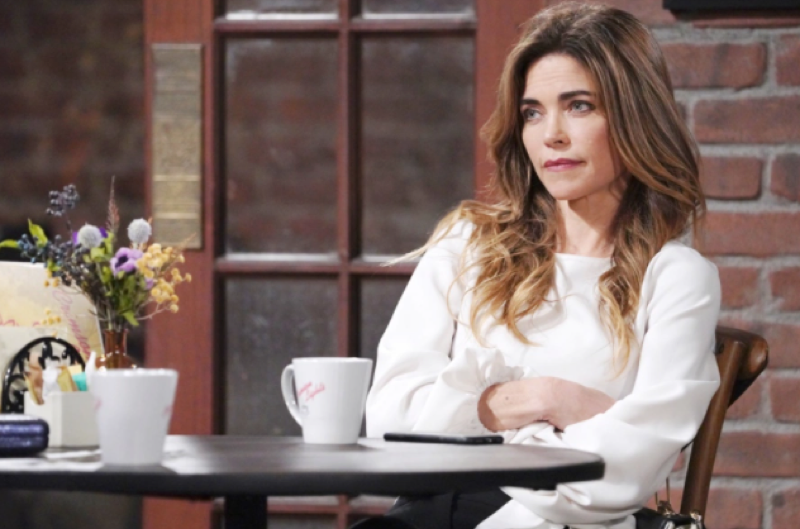 After hearing that bombshell coming from a remarkably composed Ashland, Victoria sets out to support Ashland in his time of need, however much time that might be. She watches him carefully to try and discern how he is processing this terrible news. After all, as a matter of factly as he was when he told her, viewers of The Young and The Restless as well as Victoria could easily judge that he is still in shock and the truth has not quite hit him yet.

Victoria notes that Ashland talks about this dire diagnosis like he would be talking about a ball game or something, and that’s not a normal response. Yet, she knows from growing up as the daughter of a strong and take charge type of man like Victor Newman (Eric Braeden) many men of his age learned to keep their more emotional reactions inside, with the exception of anger.

Ashland isn’t a whole lot younger than Victor is and Victoria understands that emotional control that men like her father and Ashland have practiced most all of their lives. Viewers of The Young and The Restless will recall Victor is capable of sadness and tears, no doubt, but not in front of a business rival. It would make him appear weak and Ashland appears to be of that mindset as well. Victoria knows that more than anything, Ashland needs a friend and confidant, and even though it could take them down a path neither one of them could ever imagine, he doesn’t need to go through this alone!