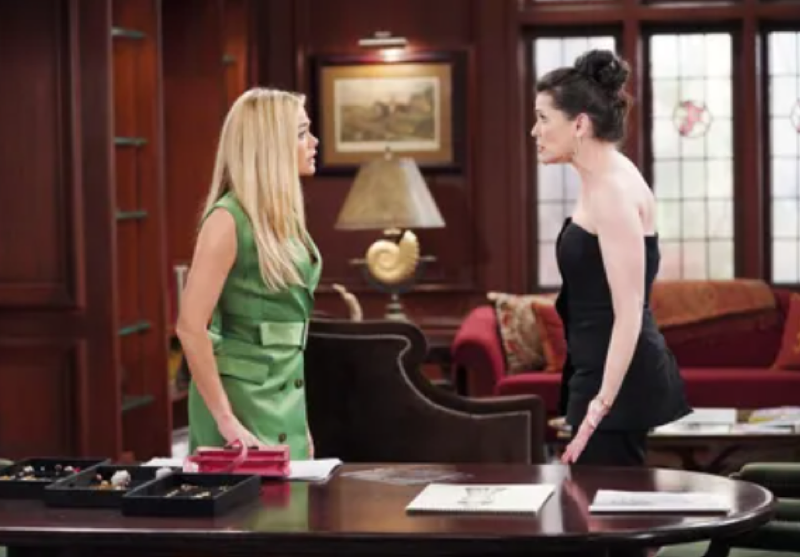 The Bold and the Beautiful (B&B) spoilers and updates that Quinn Fuller Forrester (Rena Sofer) has crossed the line. B&B fans see that Shauna Fulton (Denise Richards) believes that she’s being a friend. But something Quinn recently referenced confirmed that manipulation is in play.

Quinn reminded her longtime friend of an incident in Las Vegas, Nevada, where she apparently protected Shauna during a dangerous incident. But a true friend doesn’t reference past assistance in order to reinforce that whatever form of help must be applied now and forever.

Shauna was angry because she had to lie to her daughter after Paris Buckingham (Diamond White) was pressing the details of this sordid story at Forrester Creations. Quinn brushed off the corner she’s pushed Shauna into, asserting that Flo Logan (Katrina Bowden) couldn’t be told the truth. And why is that?

The Bold And The Beautiful Spoilers – Lies Drip Like Melted Butter

Quinn is so selfish. She demolished the trust Eric Forrester (John McCook) recently re-established with her. Along with that, Quinn is thinking about her son’s engagement in terms of how that connects to the problems she’s created. 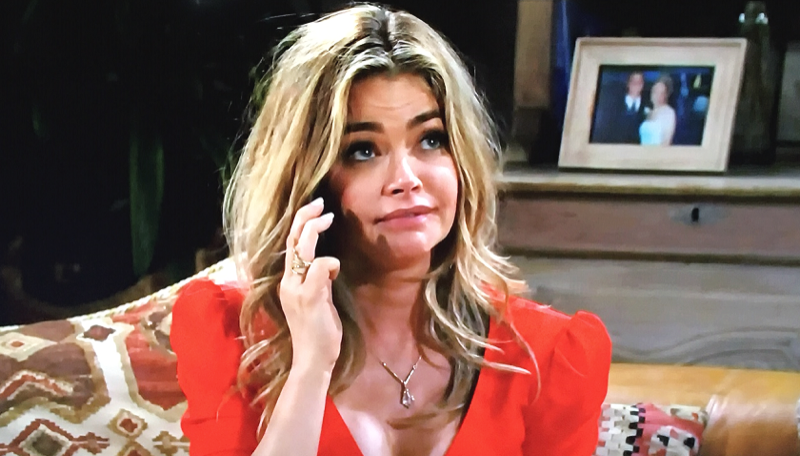 Yes, it’s true that Flo would be put into an awkward position if Shauna tells her that Quinn was involved with Carter Walton (Lawrence Saint-Victor). Wyatt Spencer (Darin Brooks) is Flo’s fiance. So, Flo would either have to withhold this information from the love of her life, which would make her a liar as well, or tell him what she knows.

The currently hypothetical scenarios represent the reason why lies are corrosive. There is no best answer to the bad situation Quinn created when allowing Shauna to cover for her.

The Bold And The Beautiful Updates – Zoe Buckingham Onto The Truth

If Shauna wouldn’t have thought quickly and delivered a believable performance, Zoe might have determined that Quinn was the mystery woman in Carter’s apartment. Shauna’s well-intentioned effort wasn’t thought through though, with growing consequences impacting her life.

Quinn Fuller Forrester Has No Way Out

Quinn flat out told Shauna that she would have to lie to everyone indefinitely so that Queric survives. Why should Shauna do that?

Paris has subsequently forced Shauna to admit that Quinn and Carter were together. So, it can’t be long until White’s character feels compelled to tell Zoe everything and or Shauna realizes that Quinn isn’t her boss.