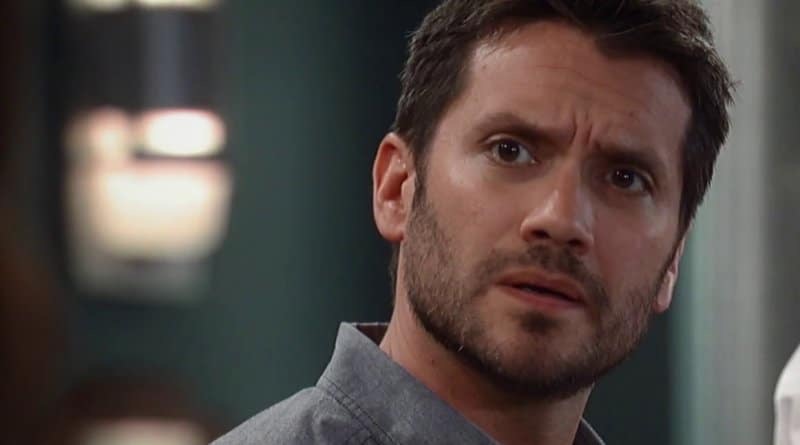 General Hospital (GH) spoilers and updates tease that Austin (Roger Howarth) will help Dante Falconeri (Dominic Zamprogna) search for baby Louise August (Harper and Scarlett Bloom) in an upcoming episode of General Hospital. Austin will tell Dante that an area was missed – the big question is, will they find Fake Chloe Jennings’ (Kimberly J. Brown) body? If so, that will be a game-changer in the investigation!

General Hospital viewers will recall the real story – Fake Chloe fell through a boarded-up area, aided by Maxie Jones (Kirsten Storms) who had newborn Louise in her arms. However, what she told Dante and others when she got back to Port Charles and General Hospital, followed by Austin who fakes Chloe had knocked out cold, was that the psycho nurse had kidnapped Louise. Maxie had actually called Brook Lynn Quartermaine (Amanda Setton) who was waiting for her at Beechers’ Corners to come and get Louise, who she was going to portray as her baby with Valentin Cassadine (James Patrick Stuart). Austin was still unconscious when she called Brook Lynn. Brook Lynn took off with Louise, who she has now named Bailey Lois Quartermaine.

Now, with Austin recovered and Dante asking lots and lots of questions, Austin helps Dante with the search of the woods near Pautuck, New York, which as General Hospital viewers will recall he said “he knows like the back of his hand”. Austin promised Maxie when he checked up on her at General Hospital that he would help find the baby, who he had delivered. The real Chloe Jennings (uncredited actor) had been killed by Peter August (Wes Ramsey) and replaced with Fake Chloe. General Hospital viewers know that if Fake Chloe’s body is found by Dante and Austin that will be a game-changer in the investigation of the kidnapping. 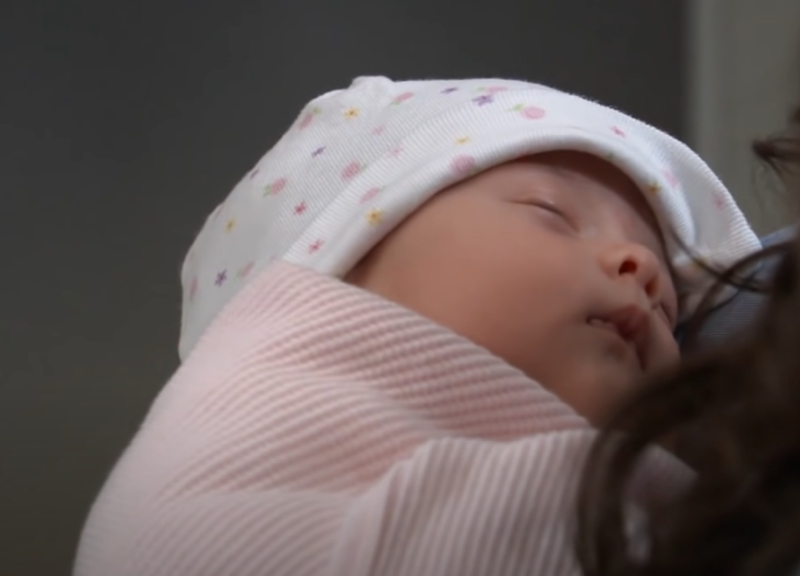 Eventually, the real Chloe Jennings’ body will be found also and Dante, Anna, and others investigating Louise’s kidnapping will now be searching for Peter! The theory will be and already is, somewhat, that Peter has Louise and has fled to parts unknown sans Maxie! When, conceivably, Austin and Dante find Fake Chloe’s body who Maxie accused of kidnapping Louise, the picture will be clear; Peter killed the fake nurse for going rogue and kidnapping the baby instead of sticking to the plan, and Peter’s in the wind with Louise! If the real Chloe’s body is found, Peter will rightly be blamed for that murder as well.

But General Hospital viewers know if Peter’s body is never found, and neither Finn nor Elizabeth ever reveal what happened – as they most likely will not, since Finn threw him down the staircase in a rage that this search for Louise could go on indefinitely! Maxie will never know that she and Louise are safe from Peter if his body is not found, and the longer this goes on, the more attached Brook Lynn will become to her and the less likely she is to want to give her back to Maxie! Plus, there is Valentin’s part in all this, being deceived to think that Louise is his baby Bailey with Brook Lynn!

Finn and Elizabeth had a conversation in a recent General Hospital episode where Liz assured Finn “they will never find him” referring to Peter’s body! Unfortunately, the kidnapping of Louise August is a case that may never be solved!