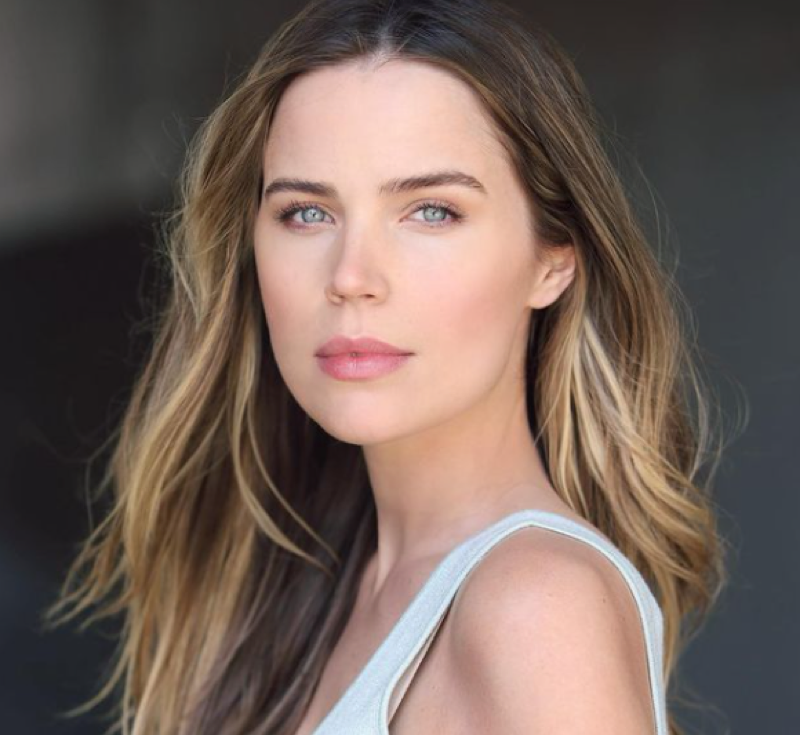 General Hospital (GH) spoilers and updates tease that Sasha Gilmore is pregnant with Brando Corbin’s (Johnny Watcor) child. While some fans speculated actress Sofia Mattsson was pregnant as well, many others had no idea. She was finally able to share the news and show off her magnificent baby bump. Find out what she had to say about her exciting news.

GH spoilers reveal that it was just a few weeks ago when Sasha went to the doctor and discovered she was pregnant. At first, she tried to hide the news and avoided Brando. Eventually, he found out and offered his complete support. The only problem they faced was Cyrus Renault.

Even though Cyrus is hospitalized and handcuffed to his bed, he could still remain a threat. This not only spells trouble for Port Charles but Carly Corinthos (Laura Wright) and of course, Brando and Sasha. Thankfully, the real pregnancy of the actress has a lot less drama and much more happiness surrounding it.

General Hospital spoilers reveal that not only is Mattsson pregnant in real life, but she is almost ready to give birth. On Instagram, the Swedish actress wrote,

“BIG things happening!! So happy and excited to finally share this (almost ready to pop) bump with everyone!! Kept it a secret for a while to not spoil anything for GH viewers, but now that Miss Sasha Gilmore’s pregnancy is in full force I can finally share that I’m so grateful to be sharing this pregnancy journey with her!” 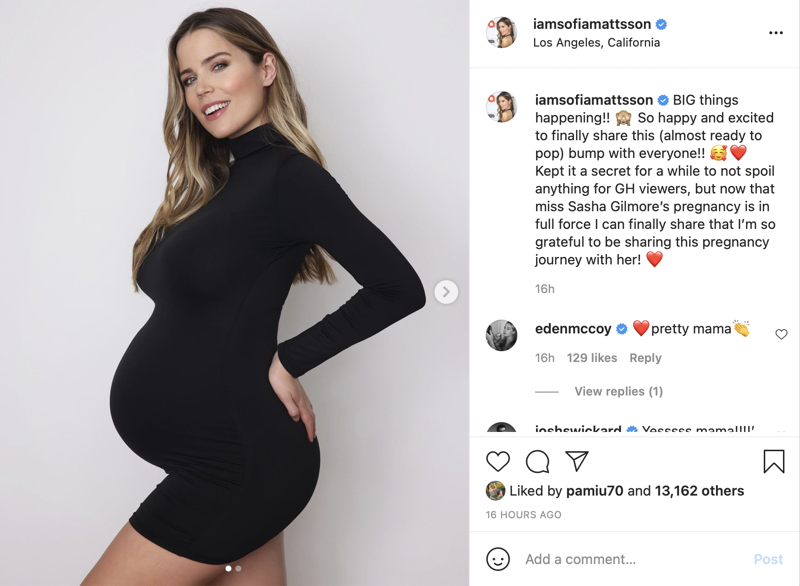 Michelle Stafford (Phyllis Summers, The Young and the Restless) wrote a huge congratulations. Other soap stars from GH and the other three soaps that are still on the air also commented. Of course, everyone had wonderful things to say about Mattsson’s pregnancy.

Some fans said that they had a feeling that Sofia was expecting. On Facebook, one viewer explained that for a while, the screen wasn’t showing Sasha’s stomach or it was disguised by coats, boxes, or she would be behind a piece of furniture that hid her belly. Then, another commented that the sonogram photo was of a full-term baby and not a fetus. However, there is no confirmation on if that sonogram image was Sofia’s baby or if it was just a prop used by the soap.

We send out a huge congratulations to Sofia and her family on the pregnancy of her first child. We look forward to learning more details about the upcoming arrival. As always, we will keep you posted on new developments and updated information as it becomes available.

Be sure to catch up on everything happening with GH right now. Come back often for General Hospital spoilers, news, and updates.