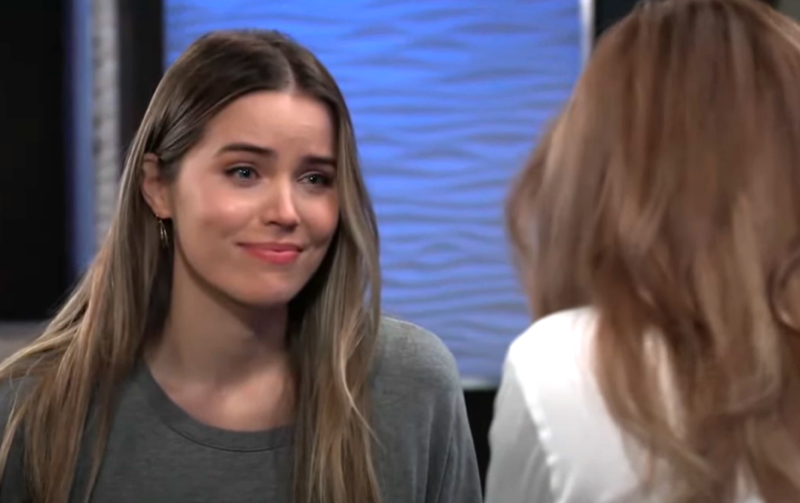 General Hospital Spoilers – Harrison Chase Is Dying, If A Cure Is Not Found For Him

General Hospital viewers will remember that Dr. Hamilton Finn (Michael Easton) thought for sure he had the answer to save Chase’s life in his “Trojan horse” protocol. The science showed him that he could introduce the antidote found in Sean Donely’s (John Reilly) old WSB files – possibly with some modifications – into Chase’s body in a way his body wouldn’t reject it.

The antidote would be in a “Trojan horse” of Chase’s parents’ DNA. But the protocol didn’t work – and it even made Chase worse! With Peter August (Wes Ramsey) dead, and Fake Chloe (Kimberly J. Brady) dead, and the safe with vials of antidote not found (possibly thrown out by Peter before he tried to flee) Chase is left without hope for survival, barring a last-minute miracle cure. General Hospital viewers will remember that he made a deathbed marriage proposal to Willow in a recent episode of General Hospital. 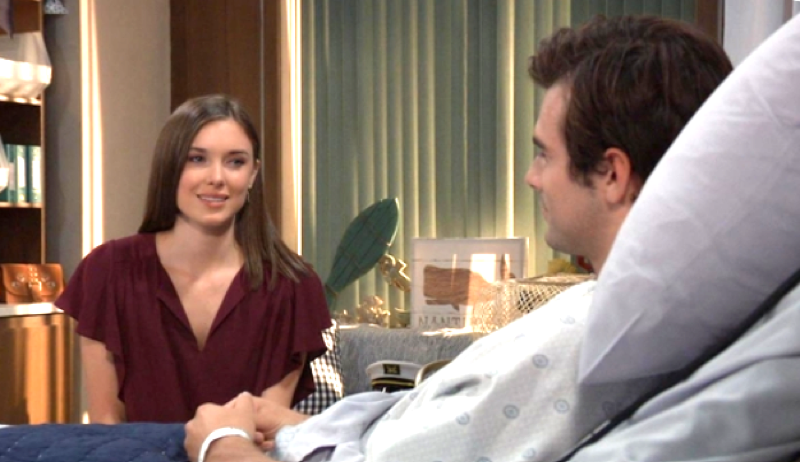 Willow was a bit taken aback, but after some discussion with Michael Corinthos (Chad Duell), they decided that it was best for Willow to grant Chase’s dying wish. Similarly to Chase’s hospital room is decorated for a trip to Nantucket in a nautical theme and complete with lots of seashells around the room, Chase’s hospital room will likely be decorated like a wedding chapel for his deathbed marriage to Willow, and there is a good possibility that he will be in his hospital bed, still hooked up to hospital equipment, wearing a tuxedo!

General Hospital viewers can imagine that in spite of the dire situation, Willow and Chase will want to go all out for their hospital wedding! Since Harmony Miller (Inga Cadranel) is no longer in the area or in contact with her daughter, it is a possibility that Jackie might double as both mothers of the bride and of the groom! Sasha will probably be Willow’s maid of honor.

There may not be a flower girl or a ring bearer, both because the hospital room would be too small and no one wants Violet Barnes Finn (Jophielle Love) to be exposed to a death in the family at her young age. She just had a severe disappointment when Finn and Anna Devane’s (Finola Hughes) wedding blew up, where she was going to be the flower girl. General Hospital viewers know that Chase is in bad condition and could go at any time barring a last-minute save! No one wants Violet to endure that! Jackie and Sasha will help Willow dress, and it will probably be a real wedding dress as one would wear in a big wedding – while Finn and Gregory Chase (Gregory Harrison) help Chase.

As for the officiant and the ceremony itself, that more than likely will be in the hospital room because Chase may be too weak to even safely navigate the halls of General Hospital to the hospital chapel! The officiant may be Lucy Coe (Lynn Herring). It will be a day of joy and sadness at the same time since Chase will not be able to have a wedding night or a honeymoon, but at least he’s gotten his dying wish fulfilled.