British royal family news reveals that Charles Spencer is talking about the name of the newest member of his extended family and by extension her parents Prince Harry and Meghan Markle. The couple named their newborn daughter Lilibet Diana Mountbatten Windsor.

The child was named for Queen Elizabeth and the late Diana Spencer, Charles Spencer’s sister and Harry’s mother.

Spencer told ITV’s Lorraine, “When I look at all these newspapers going berserk again and I’ve always found it so hard, I think it’s because I’m not very imaginative, but I always see things in term of family.”

“And I remember when I was a boy and Diana became Princess of Wales, I just sort of ploughed along on the same path. You separate the media personality from the real person who’s a member of your family, and that’s all that matters at the end of the day.”

The name has brought contention with Prince Harry and Meghan’s lawyers threatening the BBC with legal action after they claimed the Queen was not asked about naming their baby Lilibet, her childhood nickname. 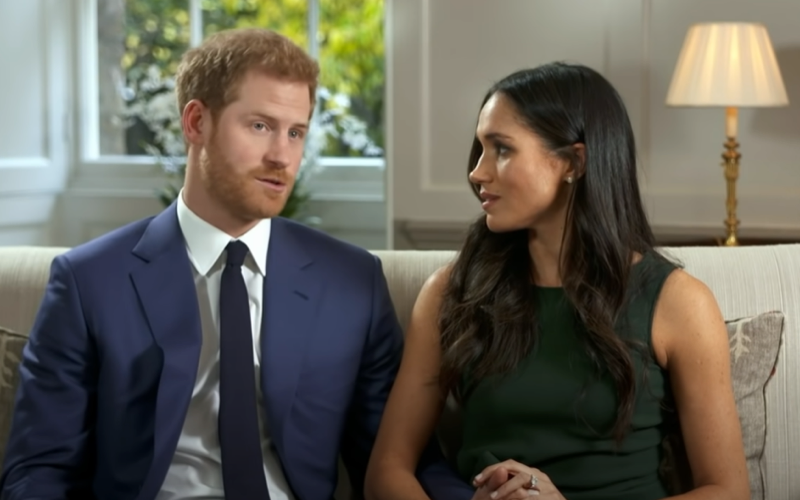 The palace itself claimed that the queen was not asked, but when that news was reported Harry was the one who went berserk. He did what he does best, bring out his PR team with legal threats looming.

Despite Harry’s threats and chest-thumping, it has been widely reported that the couple did not tell the queen they were conscripting her name. The child was born in California last Friday and they announced the news Sunday.

The couple announced via their spin docs: “It is with great joy that Prince Harry and Meghan, The Duke and Duchess of Sussex, welcome their daughter, Lilibet “Lili” Diana Mountbatten-Windsor, to the world.”

“Lili was born on Friday, June 4 at 11:40 a.m. in the trusted care of the doctors and staff at Santa Barbara Cottage Hospital in Santa Barbara, CA. She weighed 7 lbs 11 oz. Both mother and child are healthy and well, and settling in at home.”

At the same time, the couple announced that “Lili is named after her great-grandmother, Her Majesty The Queen, whose family nickname is Lilibet. Her middle name, Diana, was chosen to honor her beloved late grandmother, The Princess of Wales.”