British Royal family news reveals that it’s been more than 15 months since the Sussexes stepped down from their roles as senior royals and waved goodbye to the United Kingdom to settle in Montecito, California. The couple’s elite neighborhood is home to a host of famous faces like Oprah Winfrey, Ellen DeGeneres, Tom Cruise, amongst many others. The 14.5 million dollar mansion has been home to Prince Harry, Meghan Markle, and their 2-year-old Archie since last year. What’s best is that Archie’s about to become a big brother as the Duchess is almost due to have her baby girl this summer.

Harry and Meghan are rumored to be planning to attend the Queen’s Platinum Jubilee, and they’ll reportedly come for the ceremony with their children. This could probably be the first time that the rest of the royal family will see Archie’s little sister.

The coming year will mark a very important milestone for the monarch as she extends her already impressive record as the longest-ruling monarch Britain has ever had. Also, apart from extending her amazing record, next year also marks her platinum jubilee. If you’re still wondering what platinum means, it means that the Queen will celebrate 70 years, as well, the Queen! (Being awesome for 70 years is hard, so the achievement deserves a big celebration). 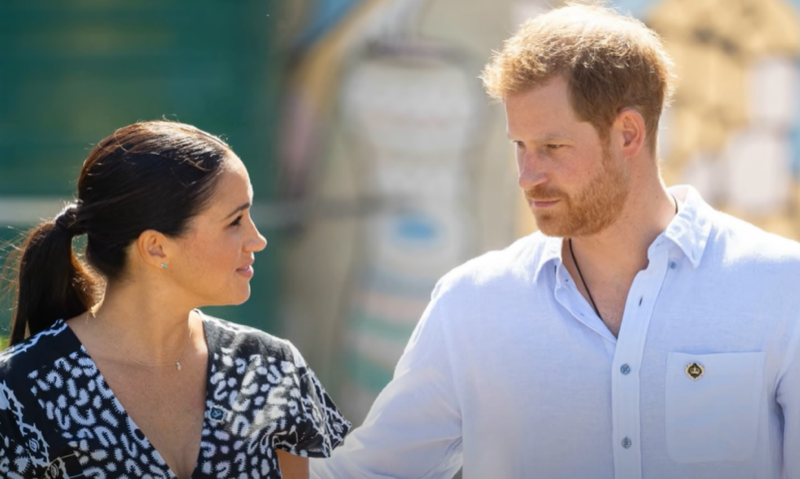 Prince Harry, who has always been close to his grandmother and reportedly still is even after stepping down as a working royal, is rumored to be planning to attend the ceremony with his wife and two kids: Archie, who would be three at the time and their infant daughter.

Prince Harry returned to the U.K. for the first time in as many months for the funeral of his grandfather, Prince Philip, who died at the age of 99 after smashing the record as the longest-serving royal consort in British history. His wife Meghan Markle, who is heavily pregnant, couldn’t make it to the funeral based on her doctor’s advice, but she sent Harry off with a handwritten note and a wreath.

The “Platinum Party” will be a four-day mega event that will shut down banks in Britain from June 2, Thursday to June 5, Sunday. The events will be mind-blowing and will include a pageant with 5,000 performers and a concert that will be held at the palace, called the Platinum Party at the Palace, and it will feature “the world’s biggest entertainment stars”.

The Queen will be 96 at the time of the Jubilee event that will take place a year from now.
To be able to create the four-day weekend, the year’s late May Spring Bank Holiday will be shifted to 2 June and an additional Bank Holiday on 3 June created.

For the first day of the Platinum weekend, that is on Thursday, Trooping the Color will be held in full swing for the first time since the pandemic started. There will be more than 1,400 parading soldiers, 200 horses, and 400 musicians taking part.

With the death of her husband of 73 years, Nicholas Witchell revealed that The Queen is actually looking forward to the celebration.