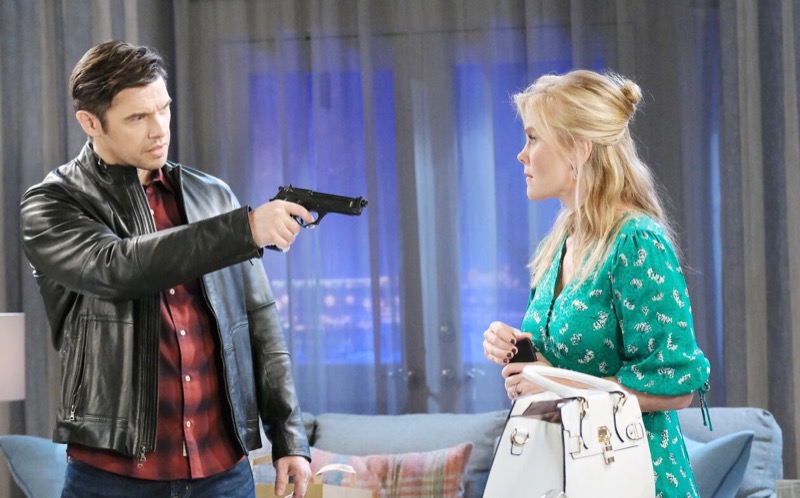 Days of Our Lives (DOOL) spoilers and updates tease that Xander Kiriakis (Paul Telfer) will threaten Sami DiMera (Alison Sweeney) when he discovers that EJ DiMera’s (Dan Feuerriegel) deposit has disappeared from his account in an upcoming episode of Days of Our Lives!

Days of Our Lives viewers will remember that Sami offered Xander twice the amount to spare her and Lucas Horton’s (Bryan Datillo) life that Kristen DiMera (Stacy Haiduk) offered him to kill her, and Xander accepted. Sami called EJ on Xander’s phone and talked him into making the deposit, which Xander made sure was in his account before letting Sami and Lucas go. But at some point after, likely when Xander gets ready to settle up with the manager at The Salem Inn and pay some other bills, he will have a very rude awakening when he discovers that the funds are no longer there!

As Days of Our Lives viewers know, that will put Xander in a real spot, because when Kristen offered him the funds the manager had come to his room to evict him! Xander failed to kill Lucas and Sami like Kristen was going to pay him to do so there’s no turning back and trying to get the money from Kristen! Besides, Kristen’s got more important things to do now, like try in vain to keep her relationship with Brady Black (Eric Martsolf) intact!

Once Xander finds out that the funds he was banking on to stay in his room and take care of other bills he may have – his credit cards for instance, which Chanel Dupree (Precious Way) wiped out before he could put a stop to it – he understandably is going to be furious and jump to conclusions! The first conclusion he will jump to is that Sami put a stop payment on the funds! 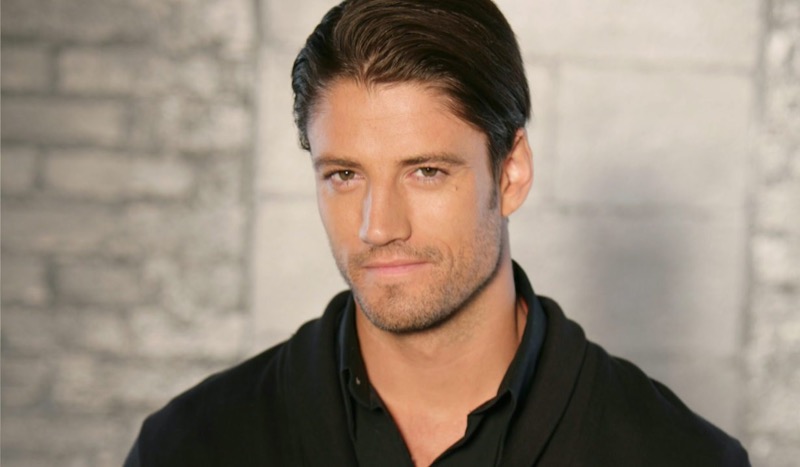 Days of Our Lives viewers will remember that Sami has been staying with her mother and stepfather, Dr. Marlena Evans (Deidre Hall) and John Black (Drake Hogestyn) since being cleared of Charlie Dale’s (Mike C. Manning) murder and released from jail. Obviously, Marlena and John are not home when Xander tracks Sami down there!

Days of Our Lives (DOOL) Spoilers: Ben And Claire Get Up Close And Personal – Steamy Kiss Ahead!

More than likely, it was not Sami but rather EJ who put a stop payment, which of course would cause a withdrawal of the funds back from Xander’s account. Days of Our Lives viewers would think that Sami would know better than to put a stop payment when Xander, she, and Lucas are still all there in Salem and easily accessible to Xander! Sami knows that Xander was once a mercenary and if he would have carried out Kristen’s hit on them had she not offered double, he would have no qualms about hurting her and possibly Lucas as well down and carrying out the hit anyway when the funds disappeared!

Xander means business as he holds a gun on her and threatens her life if she does not replace the funds immediately; Sami will be blindsided that EJ would have put a stop payment on them, but then she didn’t tell him why she needed the money! Sami tells Xander that she didn’t put the stop payment and it must have been done by EJ! Of course, then Xander will want her to call EJ and tell him to put it back but Sami asks what is she supposed to do? Tell EJ the truth, that Xander will kill her if she doesn’t pay him the money? They both know it will do no good to blame Kristen, EJ is her brother!