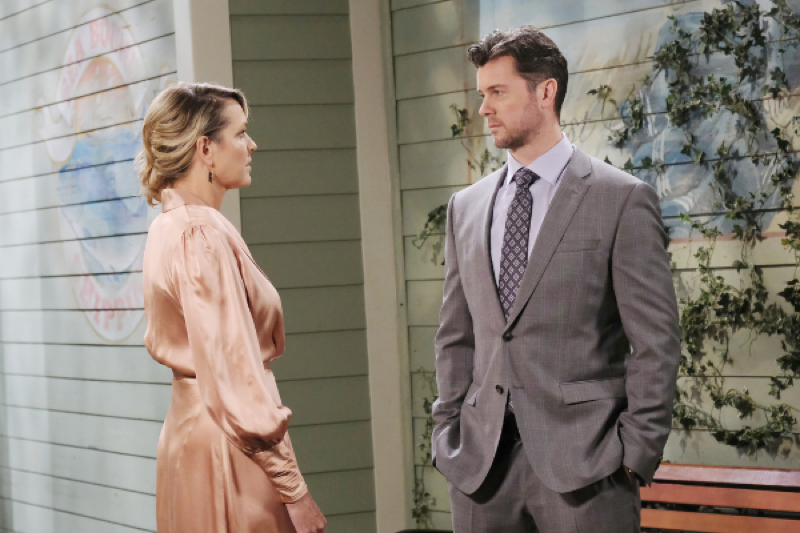 Days of Our Lives (DOOL) spoilers and updates tease that Nicole Walker, (Arianne Zucker) after giving in to her passions with Rafe Hernandez (Galen Gering) and regretting it, will finally give into EJ DiMera’s (Dan Feurreriegel) romantic demands in an upcoming episode of Days of Our Lives!

Days Of Our Lives Spoilers – EJ DiMera Has Been Hot After Nicole Walker Even Before The Ink Has Dried On His Divorce Papers!

Days of Our Lives viewers will recall EJ has been hot after Nicole even before the ink has dried on his divorce papers! Sami DiMera (Alison Sweeney) was kidnapped from in front of Rafe’s house after EJ kicked her out of the DiMera mansion after Nicole gave him the letter from Kristen DiMera (Stacy Haiduk) talking about Sami’s affair with Lucas Horton (Bryan Datillo)! Sami hasn’t been seen or heard from since that time! Days of Our Lives viewers will recall that happened after Sami busted Nicole for her one-night stand with Xander Cook (Paul Telfer) at her and Eric Brady’s (Greg Vaughan) first-anniversary party, which was held in Brady’s Pub! Sami paid Xander to out Nicole for their lustful romp, and as a result, Eric and Nicole parted ways forever! It was a clear-cut case of the pot against kettle and definitely revengeful retaliation! But EJ’s been trying to get back with Nicole ever since!

Days Of Our Lives Updates – Nicole Walker Really Wants Rafe Hernandez, But Pushed Him Back To Ava Vitali

Days of Our Lives viewers will recall that Nicole really wants Rafe, and it would seem that maybe Rafe really wants her as well, but she pushed him back to his live-in girlfriend Ava Vitali (Tamara Braun) who is also her good friend! It would seem to Days of Our Lives viewers that Nicole may be pushing herself a bit towards EJ to help cool her jets for Rafe, but she’s not going to tell EJ that! 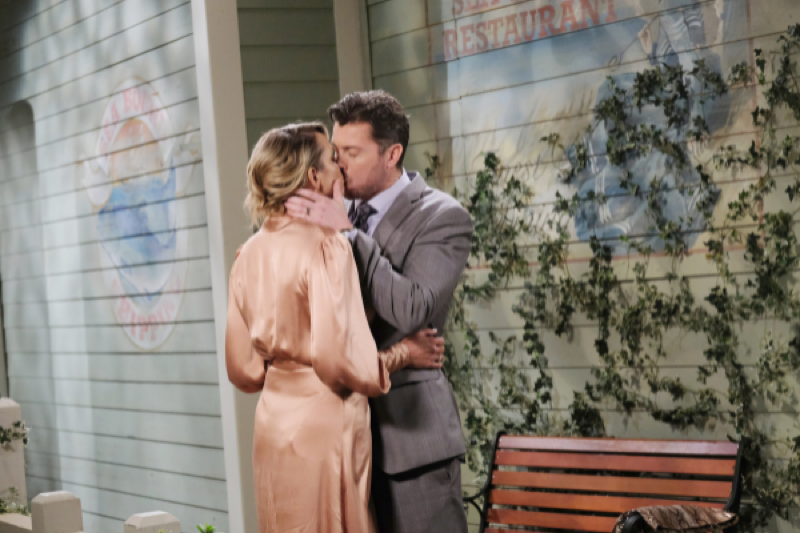 EJ has a rather fearsome temper, and not a lot of patience when it comes to infidelity – even if he’s not totally divorced from Sami and Nicole is not totally divorced from Eric! Sometimes the sand flows through that hourglass faster than at other times, but it definitely hasn’t been a year and Sami was kidnapped before she could sign any divorce papers! Nicole knows, however, that EJ wants her and so she moves forward with giving in!

Days of Our Lives viewers will recall that EJ had started to take Nicole out for a nice dinner but their plans were interrupted. EJ had asked Nicole for a rain check and she’d declined at first but now she’s taking him up on his offer, and it may be a night of dinner, dancing, and DiMera for her! EJ has gotten hot and heavy with Nicole when she wasn’t sure yet and now she’ll turn to him for comfort. It sounds like Nicole and EJ might be jumping from the frying pan into the fire, considering they had a volatile relationship when they were together before! Both Nicole and Sami have been involved with both EJ and Rafe, and they have always been after the same men, and the same men have always been after them; now that EJ and Nicole seem to be getting back together, will Days of Our Lives viewers soon see Sami return?