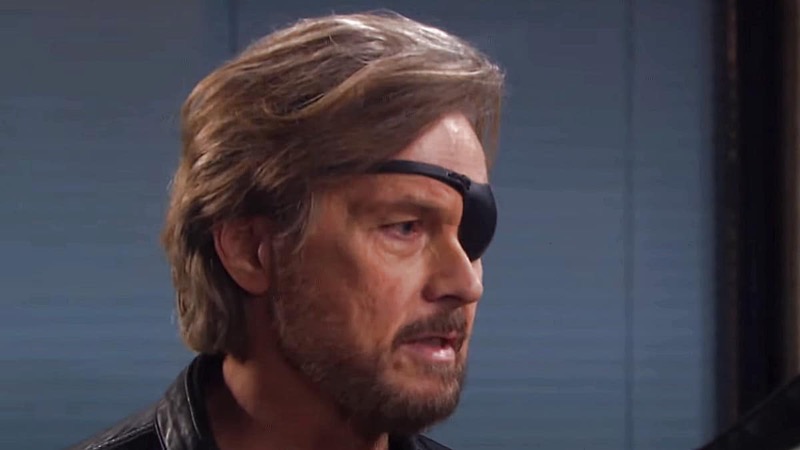 Days of Our Lives (DOOL) spoilers and updates tease that Steve Johnson (Stephen Nichols) will be barking up the wrong tree when he asks Marlena Evans (Deidre Hall) for help finding John Black (Drake Hogestyn) in an upcoming episode of Days of Our Lives!

Days Of Our Lives Spoilers – Steve Johnson Knows Something’s Off, But He Doesn’t Know How Off!

Days of Our Lives viewers will recall that Steve knew there was something off when he was hearing conflicting stories about where his Black Patch partner John Black (Drake Hogestyn) was. Belle Brady (Martha Madison) had been told he was called away on a secret mission by the ISA, but when he checked in with Shane Donovan (Charles Shaughnessy) he found out that wasn’t true. He talked with his wife, Dr. Kayla Johnson (Mary Beth Evans), and had found out that John had found something strange on Marlena’s recorder like there was someone else in the room beside her and Doug Williams (Bill Hayes) that she was talking to – and John had gone to St. Luke’s Church after Abe Carver (James Reynolds) had been shot, and had not returned! Steve wondered if this other person could have been involved in John’s disappearance – but Marlena has still not allowed Doug to have any visitors, so he can’t question Doug! Days of Our Lives viewers will remember that other “person” was satan – speaking through Doug at the time, and later through Marlena herself! 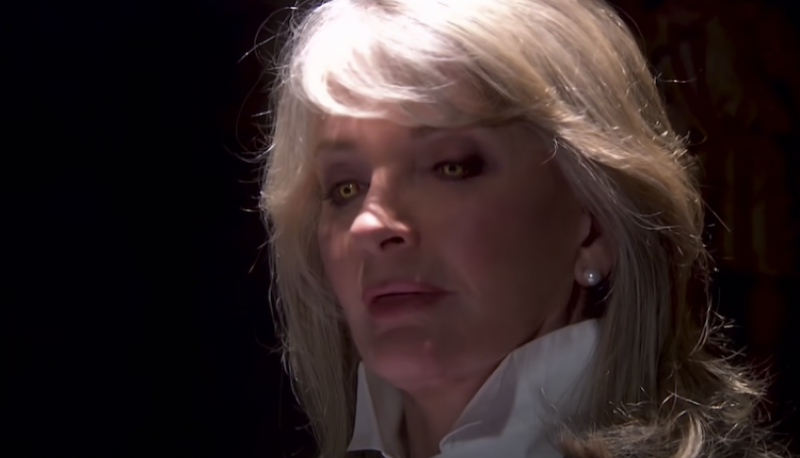 Days of Our Lives viewers will recall that it was Marlena herself who had told Belle that John had gone on a secret mission – and Shane surely would have told Steve, also an ISA agent if he had. Shane knew nothing about it and that of course made Steve even more suspicious that there could be foul play. Days of Our Lives viewers know that Steve is suspicious that something is off with Marlena, but he has no idea how off! He will tell Marlena that he wants her help to find out more details about where John might have gone, and who might have contacted him about this mission. Steve is going to play along with the story but he really wants to see Marlena’s responses and her body language because he knows there’s something wrong. Others have reported that Marlena is not acting like herself, but he doesn’t realize that the devil has possessed her again. For all he knows, someone in a mask could have kidnapped both Marlena and John, and be impersonating Marlena! He knows it wouldn’t be Hattie Adams, (Deidre Hall) he already checked up on her!

Longtime Days of Our Lives viewers will recall that Steve’s been around for a long time and he knows firsthand what happened to Marlena when she was possessed back in the day. Days of Our Lives viewers can imagine that at least at first, he won’t realize he’s talking to MarDevil because satan will keep those yellow eyes of him well hidden! He will use his interrogation techniques and knowledge of body language and other key indicators of deceit as he talks to Marlena, being suspicious that it’s not really Marlena that he may be questioning. But MarDevil won’t give him anything useful – and Steve will find he’s barking up the wrong tree when he asks “Marlena” for help finding John!
Stay tuned to Days of Our Lives, and keep checking Days of Our Lives spoilers frequently for all the latest news, updates and developments!

The Bold And The Beautiful (B&B) Spoilers: Time To Back Off Quinn – Eric Wants To Give In