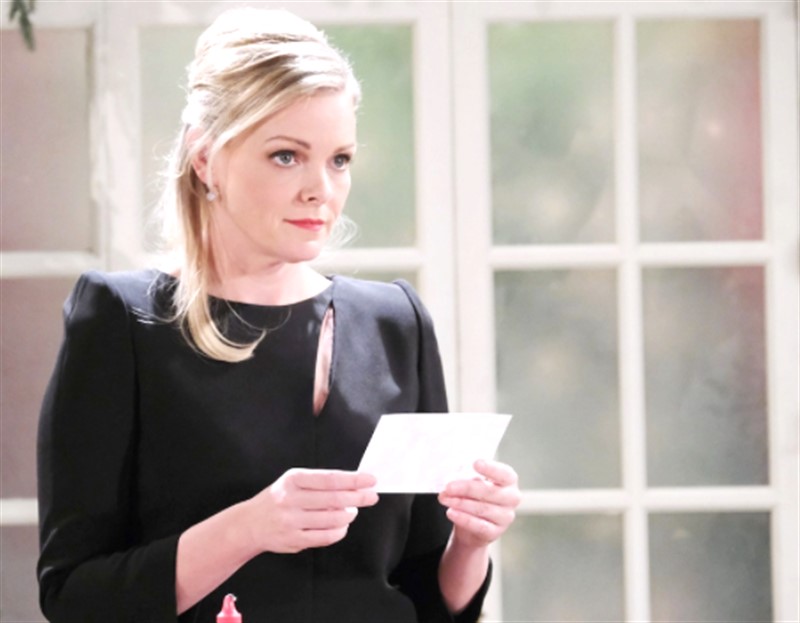 Days of Our Lives (DOOL) spoilers and updates tease that Belle Brady Black (Martha Madison) will deliver preliminary divorce papers to Nicole Brady (Arianne Zucker) in an upcoming episode of Days of Our Lives!

Days of Our Lives viewers will recall that Nicole’s marriage to Eric Brady (Greg Vaughan) was blown to bits by one sister in law, Sami DiMera (Alison Sweeney) and now she gets divorce papers delivered to her by her other sister in law Belle! Nicole knew her marriage to Eric would never work when she broke up with him even when he offered her forgiveness and to work things out with him. Days of Our Lives viewers know that the ill-fated couple tried for years to marry and be happy, but something always happened to prevent their happiness – this time Nicole’s own infidelity and Hurricane Sami’s destruction! Nicole’s heart is shattered, and she feels like all of Eric’s siblings are against her! She will continue leaning on Rafe Hernandez (Galen Gering) her good friend for support, even though her other good friend Ava Vitali (Tamara Braun) may misunderstand!

Days of Our Lives viewers know that Nicole will be even more devastated by the finality of the papers – with Belle delivering them, it sounds like Eric is the one wanting the divorce. Nicole may beat herself up for the mistakes she made in the first place, but the mission field in Africa was an impossible mistress to compete with! 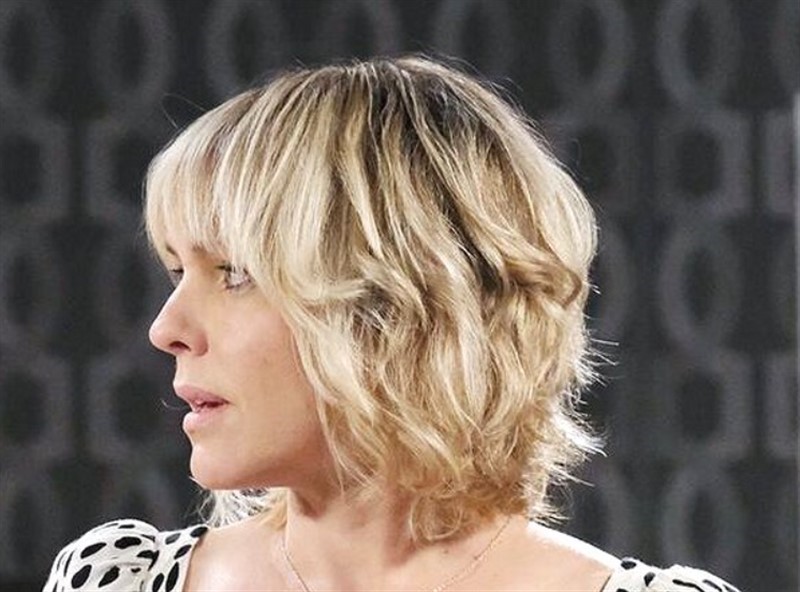 Days of Our Lives viewers will recall that Nicole was more than happy to let Eric follow his heart back to the mission field so soon after they married, but she never expected his time there to be extended to over a year! The worst thing is, Eric kept extending the time himself! Nicole just couldn’t handle it anymore – she needed a husband who put her first, and Eric would have resented her if she had not put a stop to the relationship once and for all.

Days of Our Lives viewers can expect that Nicole will quickly sign the divorce papers, even though they are preliminary. There still may be a time that she and Eric will have to wait, usually twelve months, for the divorce to be finalized. But then, that is in the real world – in the soap opera world, it will probably be final right away! Days of Our Lives viewers will recall that even though Eric fought to find Nicole when she was presumed dead and brought her back, he didn’t seem to have the same sense of fight to maintain their relationship once they were actually married. It’s like he was motivated by the thrill of the hunt and then once they were together and married, he took her for granted. Nicole even told him as much and that was why she was so lonely and vulnerable. More than anything though, Nicole’s lack of hesitation to sign the divorce papers is simply because she just wants to get it over with!