Little People Big World spoilers and updates tease that Audrey Roloff and her husband Jeremy no longer star on Little People, Big World. However, they still have many TLC followers from the success of the show. So, the interest of fans remains high when it comes to the book-writing couple. When the news arrived that they expect their third child, fans wondered about the gender of the child. So, did she hint that they already know?

The news that the former LPBW couple expects a third child came via Instagram. At the time, she wrote, “We’re about to be a family of 5, Our little tie breaker is coming this November!” Since then, news also arrived that Jacob and Isabel Roloff also expect a baby in the following month. Well, Audrey’s “tie breaker” will decide if they have more daughters than sons. Bear in mind, they already raise Ember and her little brother Bode.

Since her pregnancy announcement, Audrey Roloff also told her LPBW fans that they probably won’t stop at three kids. In a Q&A on Instagram, a TLC fan asked if they plan to stop having children after baby number three. Well, her reply indicated that they definitely won’t stop. In fact, she answered by saying, “That’s currently NOT the plan.” Plus, along the way, she also told fans they won’t reveal the gender until the arrival of the baby. 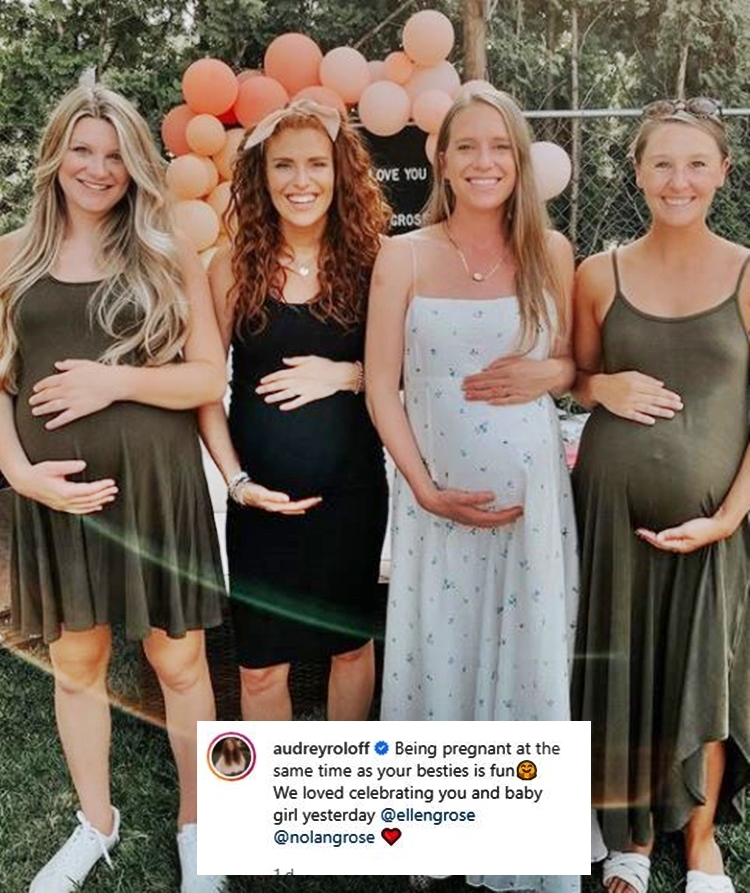 On Monday, August 16, the former Little People, Big World star shared some photos of herself with friends. Actually, they go through their pregnancies at the same time. She also shared about it in her Instagram Stories. On her main Instagram post, she said, “Being pregnant at the same time as your besties is fun.🤗 We loved celebrating you and baby girl yesterday @ellengrose @nolangrose ❤️.” 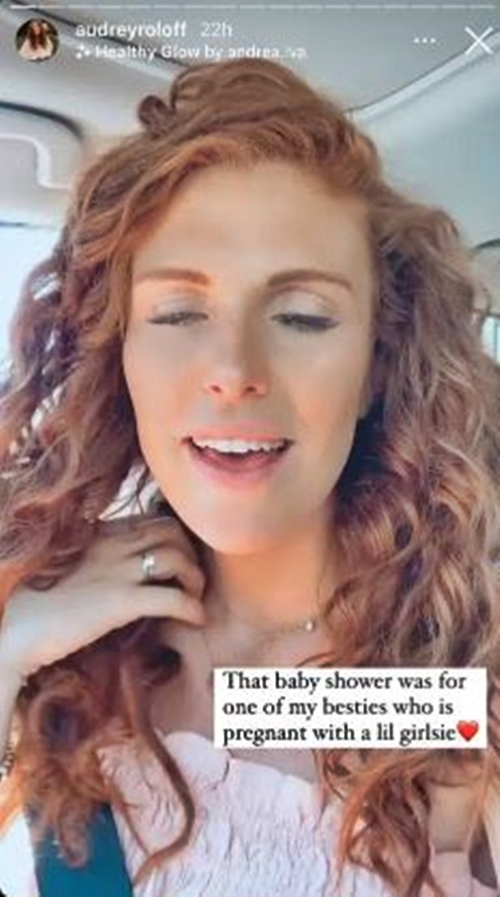 In the past, Audrey Roloff Roloff fell pregnant at the same time as her sister-in-law, Tori. Actually, that happened with both Ember and Bode. So, fans wondered if they planned their pregnancy together. She always denied it. Obviously, the same question arose this time. However, she said that it just happened that way. But others noticed that her caption spoke of a baby girl.

Did The Former TLC Star Spoil The Gender Of Her Child?

As fans thought that Audrey and Jeremy planned on revealing the gender of their third baby after the birth, they thought she spoiled that they expect a baby girl. However, she took to her Instagram stories and cleared it all up. She told her fans that her friend expects a baby girl. Plus they still wait for the birth of their own child to find out what they end up with.

Remember to check back with us often for more news and updates about Audrey Roloff formerly on TLC’s Little People, Big  World.