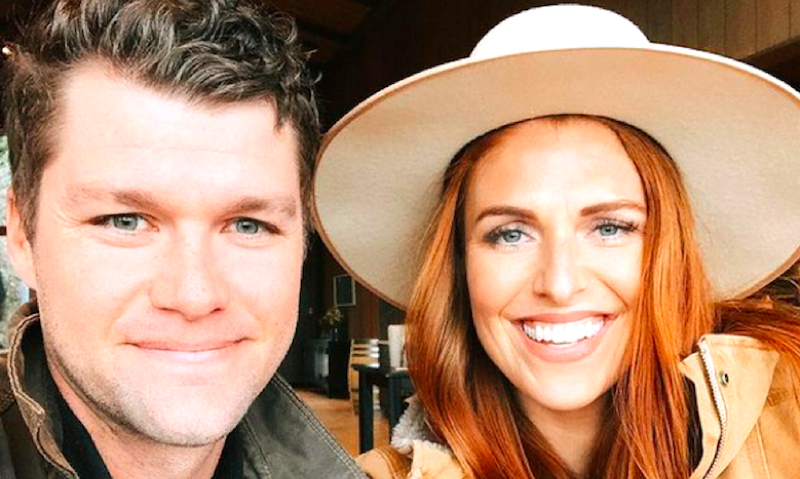 Little People Big World spoilers and updates tease that Jeremy and Audrey Roloff, parents to daughter Ember Jean, 3, and son Bode James, 1, announced the happy news that they’re expecting a third child over the weekend. The former “Little People, Big World” stars are so excited about welcoming baby number 3, and Jeremy’s got his sights set on a minivan.

The couple revealed this weekend that they’ve got another little one on the way. “Our family’s growing! Maybe I can convince Audrey to get a minivan now?🤣,” Jeremy wrote on his Instagram page, alongside an announcement video featuring Jeremy, Audrey, and their beautiful little kids. The news is coming just a year after their son Bode joined the family.

In the clip, Jeremy, 31, joyfully tosses their 3-year-old daughter Ember into the air, followed by their son, before rounding up by tossing a sheet of paper into the air. The paper is a sonogram of the baby about to arrive. Later on, we see the family gather in front of a signboard that reads “Tie-breaker coming November…” Ember and Bode rocked identical brown overalls with white shirts.

“We’re about to be a family of 5,” Audrey, 29, added in her own Instagram caption of the same clip. “Our little tie breaker is coming this November!” 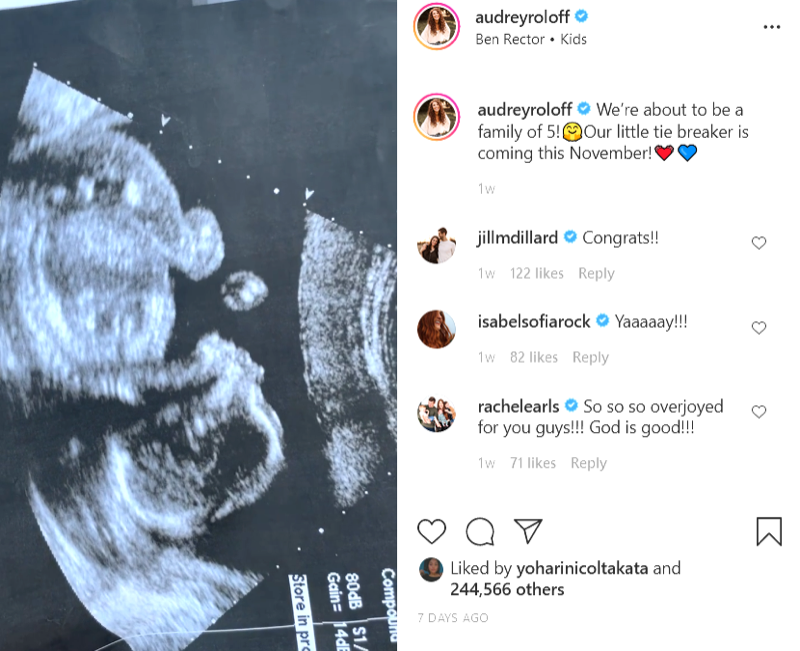 A few days before they shared their beautiful news with the world, Audrey wrote a sweet message about her husband and all the little things about him that she can’t help but love. “He makes knives, builds tables, wipes poopy butts💩, reads theology, takes neighbors to the ER and sits with them all day, cleans dishes, keeps plants alive, raises chickens, befriends gas attendants, researches a little bit about a lot of things, listens to wife rants and rambles😜,” she wrote.

“You continue to impress me @jeremyroloff ❤️” she added to the response of her husband, “Wow thank you, babe.💌”

Fans of course were delighted about the pregnancy announcement and congratulated the expecting family. The comment section was obviously gleaming with a lot of red hearts as people shared in the couple’s joy.

Audrey and Jeremy Roloff tied the knot in September 2014. A year after welcoming their daughter in 2017, the couple announced that they would be leaving their popular TLC reality show “Little People, Big World” to concentrate on other business ventures.

They promised fans that they would not be “disappearing”, and indeed they haven’t. They are currently running their popular blog, and Jeremy’s also concentrating on photography. Together, they’ve written a marriage journal called the “Navigator’s Council” and have released another book, “A Love Letter Life”, in 2019.

Be sure to catch up on everything happening with Little People Big World right now. Come back here often for spoilers, news LPBW, and updates.