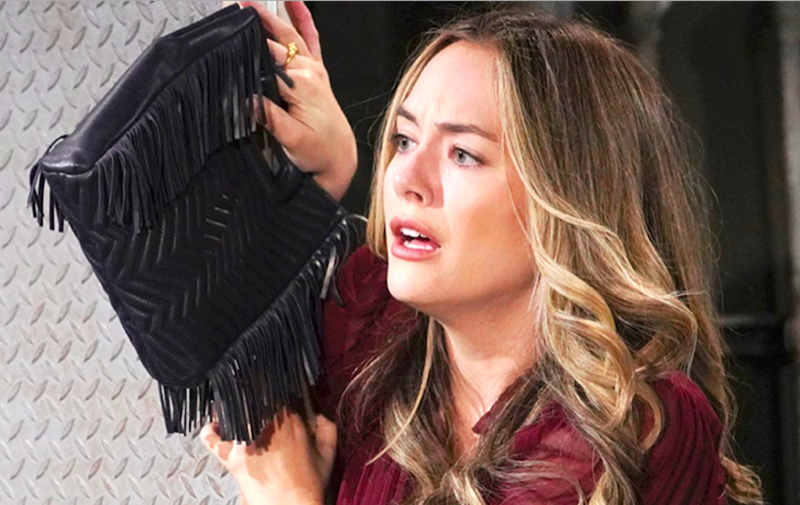 The Bold and the Beautiful (B&B) spoilers and updates tease that Hope Spencer (Annika Noelle) must play the extraordinarily dangerous situation she’s encountered smartly. Learning that Justin Barber (Aaron Spears) has been holding Thomas Forrester (Matthew Atkinson) hostage in the basement at Spencer Publications projects Hope as the hero in this mystery-thriller storyline.

Liam Spencer (Scott Clifton) is about to be informed that he’s being transferred. With no current evidence to clear his name and a crooked lawyer leading the defense, Deputy Chief Bradley Baker (Dan Martin) will tell Liam that he’s moving to a different prison facility. But fans feel that momentum is building to free Liam and save Thomas if Hope succeeds.

The Bold And The Beautiful Spoilers – How Did This Storyline Happen?

B&B needed a big story that involved a lot of characters to fill the time when Steffy Forrester (Jacqueline MacInnes Wood), John Finnegan (Tanner Novlan), their expectant child (the now arrived Hayes Finnegan, no actor’s name known for this role), and Kelly Spencer (Avalon and Colette Gray) were said to be traveling up the coast of California. 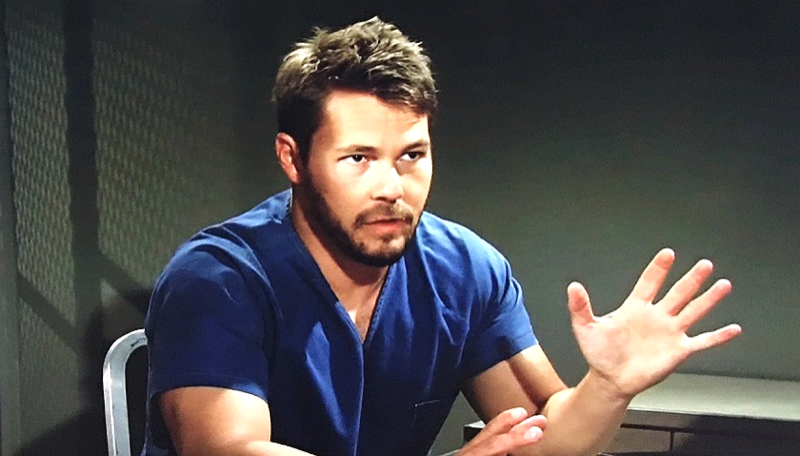 In reality, Wood was taking maternity leave earlier this year and had recorded some advanced scenes. So, Steffy was sporadically seen in the spring, with Finn departing a few handfuls of episodes after Wood’s character was said to have left on the trip.

In the meantime, Liam hit Vincent Walker (Joe LoCicero) on Mulholland Drive and passed out at the scene. Bill Spencer (Don Diamont) engaged in a cover-up of that accident, which doomed him and Liam to jail time.

The Bold And The Beautiful Updates – Ridge Forrester Applies Pressure

Ridge Forrester (Thorsten Kaye) knows about Justin having Thomas’ smartphone. Hope passed that news to Ridge and thankfully went back to Spencer Publications.

Hope’s conversation with Wyatt Spencer (Darin Brooks) was followed by a near encounter with Justin. She spotted what appeared to be Thomas’ smartphone in his hand and followed him to the basement area.

Justin’s delivery of the breakfast bagel to Thomas is his latest mistake. Spears’ character has long been Bill’s smooth fixer. But flying solo (yes, that’s a wink to when Justin tipped the helicopter and Ridge fell out) is clearly something he can’t handle.

Confrontation In The Basement

Hope will tell Liam what she’s learned. That means she’ll have pushed past the shock of realizing what happened to Thomas.

A confrontation in the form of the authorities being informed about Thomas’ plight and his subsequent release would seem apt. However, this is daytime. So, fans are also anticipating a dramatic last stand for Justin as this part of this storyline reaching its climactic point.