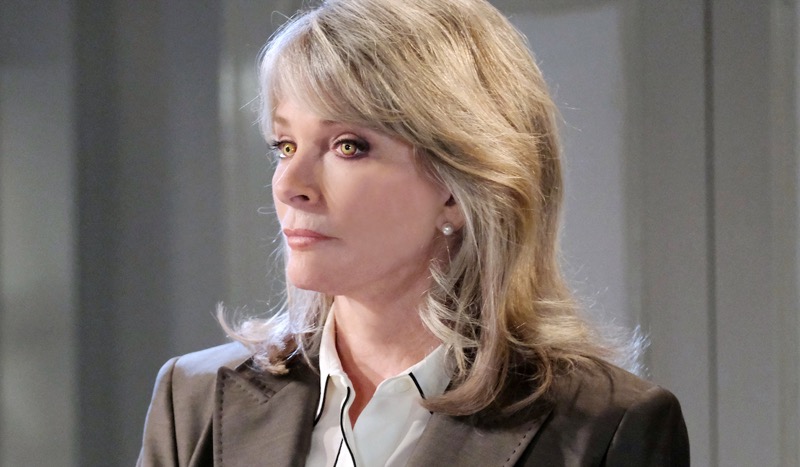 Days of Our Lives (DOOL) spoilers and updates tease that the Devil doing some tricks that result in glowing eyes on Susan Banks. Really. This time around The Devil will apparently be jumping bodies all over Salem.

Days of Our Lives Spoilers – A Group Salem Possession?

We should have known that when The Devil managed to possess Doug Williams (Bill Hayes) of all people before he possessed Marlena (Deidre Hall) once again that it wouldn’t end there. No matter how much we enjoy Deidre Hall as MarDevil, it’s apparently Stacy Haiduk’s time to shine and maybe even glow and levitate.

It’s Susan who immediately knows something horrible and evil is going on with Ben (Robert Scott Wilson) and Ciara Weston’s (Victoria Konefal)unborn baby. She freaks them out but they also try to remember she is a little nutso they try to shrug it aside. But Susan refuses to do that and follows her sixth sense all the way to the DiMera crypt where she finds John Black (Drake Hogestyn) and Dr. Marlena Evans doing battle. Susan realizes Marlena’s been possessed again, John tries to pull up all those old priest skills, and Susan gets caught in the crossfire. But that’s the perfect cover for The Devil. 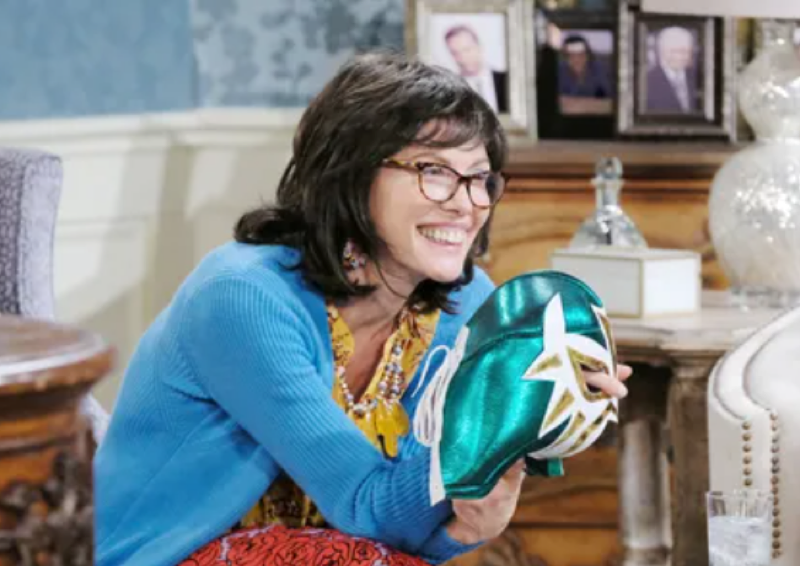 Apparently, John and Marlena’s love manages to beat The Devil once again, but they’re not going to stop wreaking havoc on Salem as Marlena manages to break free and Susan Banks, who often seems like she is possessed by something other-worldly, ends up becoming SuDevil. (Should we just call her that now?)

John and Marlena are shocked that they now have to deal with SuDevil who will clearly lock them both in the crypt now and somehow make everyone believe they just needed to get away and go on vacation. Perhaps it was a version of The Devil who kidnapped Sami Brady (Alison Sweeney) too. One never knows how long Lucifer’s been hanging around this time.

Will John and Marlena manage to escape SuDevil’s clutches and warn the rest of Salem? After all, with Susan acting strange, who will even think anything of it. It’s the perfect cover for Satan in Salem. Stay tuned to Days of Our Lives weekdays to see what SuDevil does.

The Bold And The Beautiful (B&B) Spoilers: Ridge Explodes At Brooke New Defense Of Deacon