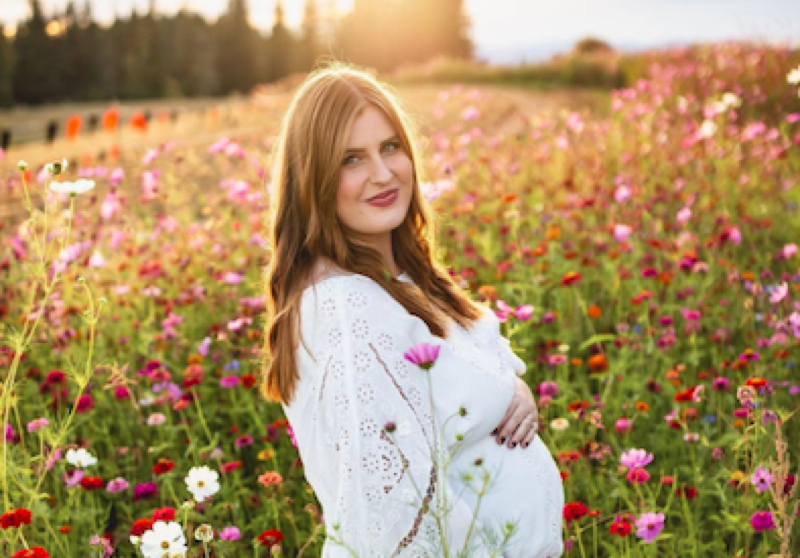 Little People, Big World fans don’t see Isabel Roloff and Jacob on the TLC show these days. However, they seem really popular. The news that they expect their first baby generated a lot of interest and social media visits. So far, she has never confirmed the actual due date. However, on Friday, November 5,  she talked about it.

In September, fans hoped for a due date from Jacob’s wife. She attended the baby shower that Amy Roloff arranged. Full of the “feels,” she shared some photos of the happy event. Looking for the actual due date didn’t give fans any clues. Well, they already know it comes in December, Still, fans want to know when to look out for the arrival. Now that she nears her delivery date, fans see that she’s getting very candid about her pregnancy.

During the Little People, Big World Pumpkin Season festival, Isabel and Jacob were spotted attending. Actually, fans were pleased because she’s getting rather large now. Obviously, public events tire her out and she needs rest and a few naps to stay strong. Since then,  she shared that she feels proud of her stretch marks. After all, they might not look great, but they remind her of the miracle of making a baby.

On Friday, Isabel Roloff posted up a lovely photo of herself with Jacob. They walked through a field, and whoever took it did a nice job, fans agreed. In her caption, she wrote about how “Jacob keeps practicing putting the car seat in and out of the stroller.” Additionally, she added, “I’ve been listening to birth affirmations, and now it just feels like the only thing missing is our baby.”

Clearly, the Little People, Big World alum can’t wait to become a parent alongside his wife. Grandma and Grandpa Roloff obviously look forward to the happy event as well. In the replies, the Roloff Farms account on Instagram commented, with emojis: “🎃🎃🎃.” Meanwhile, other followers talked about the things they did it didn’t do as their delivery date approached.

Judging by the photos that the Little People, Big World cast shared, Isabel’s not far off. TLC fans speculated that she probably expects her baby in early December. Well, as you can see from her full caption above, the due date is December 5.

Due dates don’t always pan out for expectant moms, so don’t be surprised if the newest Roloff couple that announces a baby greets their son before that.

Be sure to catch up on everything happening with Little People Big World right now. Come back here often for more TLC spoilers, news, and updates.