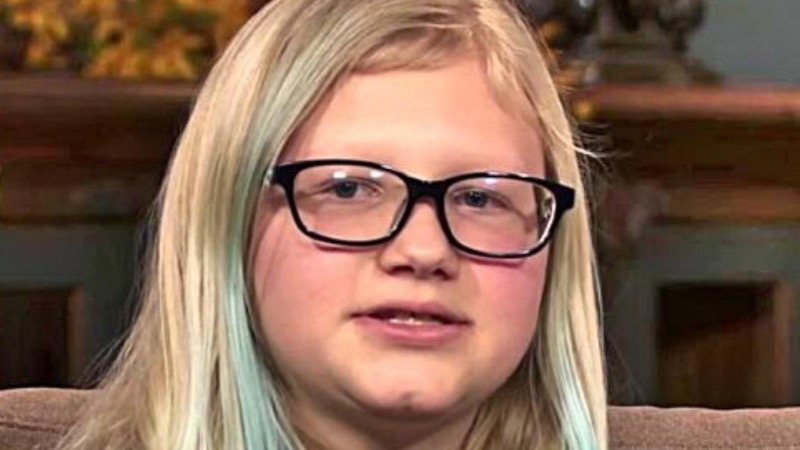 Sister Wives spoilers and updates revealed that Truely Brown moved to Utah with her mom Christine. The young teenager seems happy there, despite the fact that her parents split. Probably, she’s even happier now, as her big brother Paedon just relocated to Salt Lake City as well. This weekend, he joined her and their mom at the Clark Planetarium. Possibly they attended one of the Dark Sky Week events.

Truely Brown is the youngest child of Kody and Christine Brown. Her siblings left home one after one, and eventually, she was the only one still living with her mom in Flagstaff. Paedon, a National Guard veteran moved to southern Utah in St. George. This week, he moved to Salt Lake City. Meanwhile, Mykelti also lived close to him until she relocated to Salt Lake City.

Ysabel currently stays with Maddie Brown Brush in North Carolina as she attends college there. Finally, Aspyn lived in Salt Lake City for a while now. Only Gwen seems absent and it’s thought that she lives in residence at the university in Flagstaff.

Sister Wives fans seem thrilled for Truely who seems like a fun person just like her mom. In Flagstaff, she would hang out with little Ariella Mae. Sometimes, she and her half-sister Savanah got together. But now, she has nearly all of her siblings around, as well as Mykelti’s little girl, Avalon. This week, she and her mom, Paedon, and possibly Ysabel all enjoyed the Clark Planetarium.

Truely Brown was featured in some photos shared by her mom on April 29. From the photos on Instagram, fans saw that she had a great time. As Christine tagged the Clark Planetarium,  it can be assumed that they attended one of the Dark Sky Week’s events. Christine said, “Exploring all the wonderful Science experiences at @clarkplanetarium.” Of course, they might not be at one of the events, but it was a big thing for a bit.

Sister Wives fans loved the photos and straight away, they noticed that Paedon was with the family. Katie Joy of Without A Crystal Ball commented, “Paedon is home! Just rewatching the seasons. I am so glad to see Truely thriving and so happy! Season 6 is unforgettable & you were a warrior momma!”

Sister Wives fans agree that Truely Brown and her mom seem to be in a happy place right now. One fan wrote, “You and Janelle look so much happier without the extra baggage that Kody loves to put on to all of you. Live it up we only have one life.”

Hallmark Channel News: A Tail Of Love Is All About Rescuing Dogs