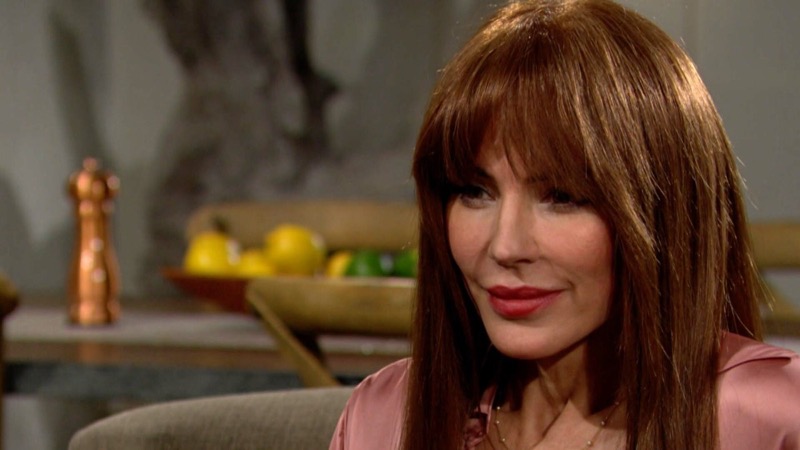 The Bold and the Beautiful (B&B) spoilers and updates tease that Taylor Hayes (Krista Allen) has major momentum. Despite her daughter’s horrible tragedy, Allen’s character has her life nearly restored.

Taylor waited patiently in recent months. She was waiting for Brooke to pull a Brooke. That appeared to have happened when the New Year’s Eve debacle seemed to be confirmed on a surveillance recording with Charlie Webber’s (Dick Christie) classically quirky assistance.

Because Taylor laid back and waited for Brooke to bamboozle herself, she does not need to do much, if anything now. Ridge just told his wife that he can not focus any attention on the issues they were having while Steffy remains hospitalized.

Wood’s character appears to be nearing a realistic release from the hospital in early May. So, once she settles back into the cliff house, Brooke will likely revisit her return home request.

The Bold And The Beautiful Updates – Hope Spencer Is Targeted Too

Taylor had a multi-level conversation with Hope Spencer (Annika Noelle) at the hospital. Liam Spencer’s (Scott Clifton) wife, who is the mother of his youngest daughter, Beth Spencer/Phoebe Forrester (Madeline Valdez and River Davidson), was told about the history Steffy shares with Clifton’s alter ego.

Hope was respectful while sporting awkward facial expressions. She got the message from Taylor, who wants Hope out of Liam’s life.

While Taylor has at least a fifty-fifty chance to win back Ridge, even considering Sheila Carter’s (Kimberlin Brown) eventual reveal as Brooke’s alcohol supplier, Liam is not in love with Steffy. Nevertheless, Hope feels uneasy, which Taylor senses.

Ridge will need to reconsider the decision he made to leave Brooke when he eventually learns she was manipulated into drinking. That will not clear her of being responsible for what happened with Deacon Sharpe (Sean Kanan) but will evoke Ridge’s sympathy.

Taylor is not Ridge’s deeper soul mate. However, he is falling back in love with her.

Brooke and Taylor’s desire to reunite with Ridge is challenging to project because each character is part of a compelling and developing story on B&B.