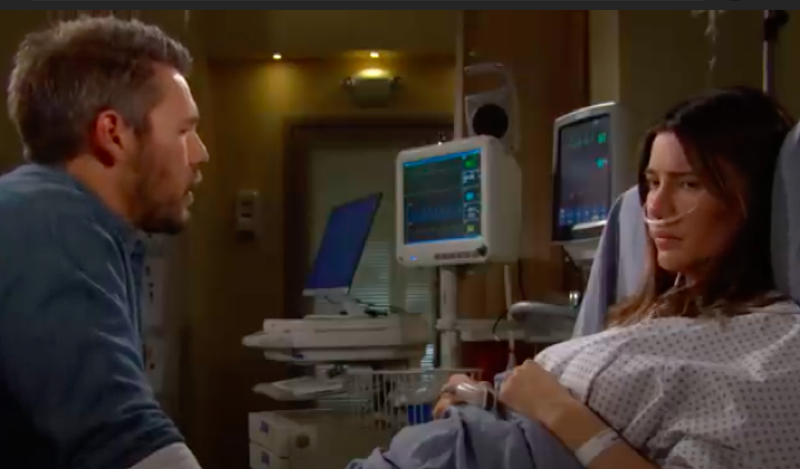 The Bold and the Beautiful (B&B) spoilers and updates tease that Liam Spencer’s (Scott Clifton) pledge to Steffy Forrester Finnegan (Jacqueline MacInnes Wood) is heartfelt. He intends to follow through on what he promised and will be there for Steffy and her two children.

Hope Spencer (Annika Noelle) has not left much space between herself and Liam since they heard about Steffy’s shooting and John Finn Finnegan’s (Tanner Novlan) death. Hope is supporting her husband and is also preemptively defending her marriage.

Steffy is not in the state of mind where she is using her situation as a way to get back with Liam. But the near future will cause an increase in the amount of time that Liam and Hope are involved with Steffy and her children because of Finn’s absence.

Liam told Steffy that a part of his heart will always be with Steffy. That is not something he has hidden from Hope, with the understanding that his current marriage to her reflects the relationship he wants.

Steffy is just starting to realize what she will face moving forward without her husband. She previously was raising Kelly Spencer (Sophia Paras McKinlay) on her own. But marrying Finn provided Kelly with a stepdad at the cliff house.

The character McKinlay plays still has her father. But Hayes Forrester Finnegan (Samantha Worden and Piper Harriet) lost his dad. But Liam said that Hayes is part of a larger family and that Finn’s memory will also be honored.

Hope is uncertain how Steffy’s new reality will impact Liam. Noelle’s character is not overreacting. She has lived the back-and-forth history that Liam’s split decisions created.

However, Liam is not currently in love with Steffy. It is clear he loves Hope and is purely feeling compassion for Kelly’s mother.

B&B fans who support Hope being with Liam are likely also wondering if TPTB is in the process of writing Noelle and Spencer’s characters apart?

The above outcome is not something this group wants. But a Steffy-Liam comeback could happen if written in a believable manner, as it surely would be. 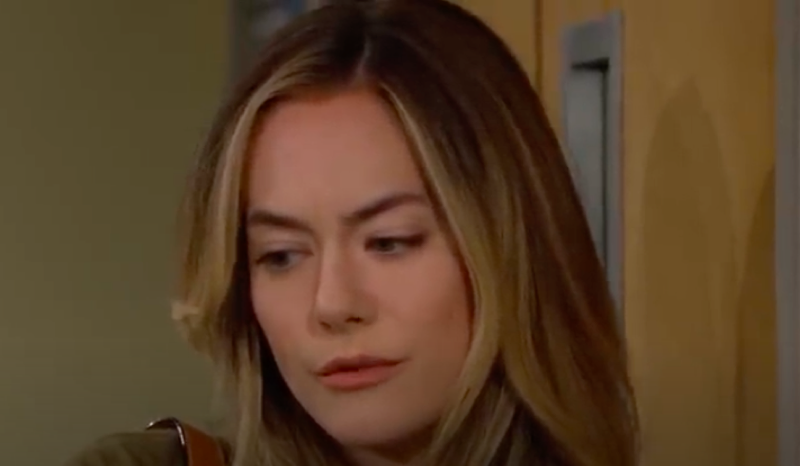 Steffy is facing weeks of physical recovery following the gunshot wound she received. Her mental health recovery timeline is harder to predict because of the nature of her problem.

Selective memory loss is not uncommon. Steffy can not recall seeing Finn shot dead by Sheila Carter (Kimberlin Brown) or being shot herself.

The tough road that Steffy faces to push on is one that Liam plans to be on. He sees no conflict with his marriage vows. Hope, as encouraged by her mother, Brooke Logan Forrester (Katherine Kelly Lang), does not plan to let Steffy’s plight serve as another portal where Liam escapes.