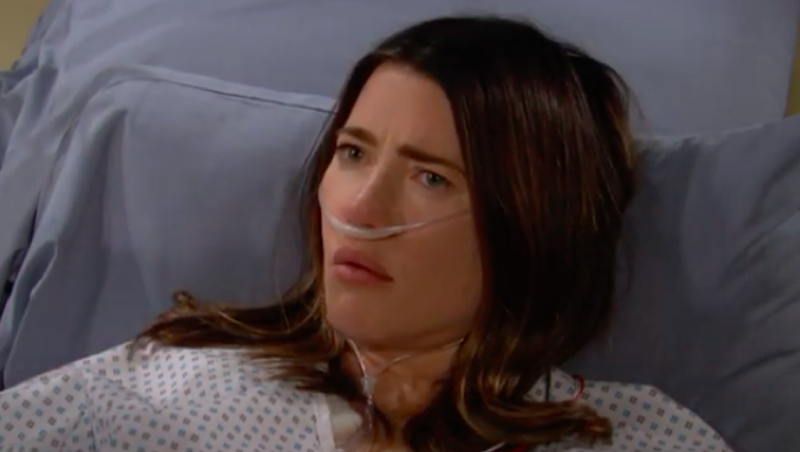 The Bold and The Beautiful (B&B) spoilers and updates tease someone will unexpectedly show sympathy to someone in an upcoming B&B episode!

Liam Spencer (Scott Clifton) will gently break the news to Steffy Forrester Finnegan (Jacqueline Macinnes Wood) with her loved ones around her, that her husband is dead. Liam has to explain to her that he is not her husband anymore and hasn’t been for several years and that she remarried. Dr. John “Finn” Finnegan (Tanner Novlan) was shot along with her and he didn’t make it – and they have a baby boy, Hayes Forrester Finnegan (Piper Harriot).

Everything starts coming back to Steffy but before Liam tells her Finn died, she starts asking where he is! She wants to see him and the baby – and she sees Sheila crying in the back of the room!

Steffy has never seen Sheila cry – and unexpectedly, it touches her deeply; when Liam explains Finn is dead she understands! Steffy doesn’t remember how she and Finn were shot or who did it, and for the first time when she sees Sheila’s tears, she relates to her mother to mother! Steffy sees Sheila’s pain and grief through her own tears, and shocks everyone but Taylor Hayes (Krista Allen) who also understands Steffy’s empathy. Only a few days earlier Taylor and Sheila formed a deep bond when Sheila saved Taylor’s life, a bond that Ridge Forrester (Thorsten Kaye) doesn’t understand. Ridge doesn’t believe anyone can or ever does change even though he had to thank Sheila for saving Taylor in spite of himself! 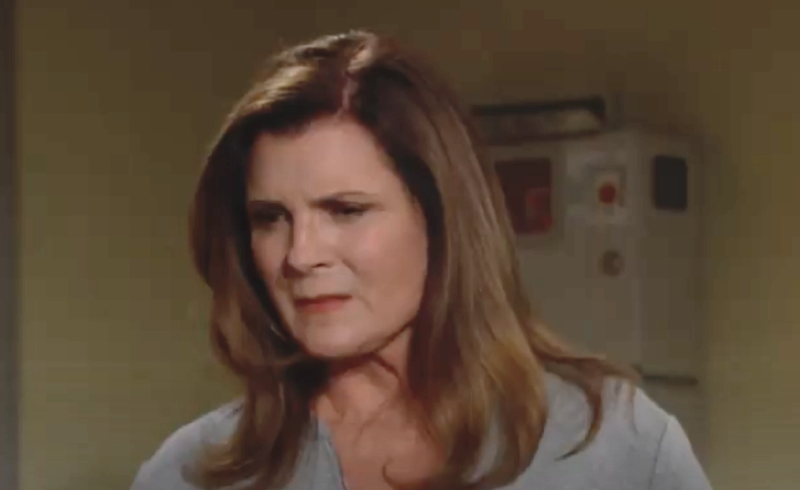 Steffy, unlike her mother, doesn’t bond with Sheila and most likely never will, but she does connect with her on a mother-to-mother level. She sympathizes with Sheila because she knows that Sheila’s sense of grief and loss is just as real as her own. Steffy has had a miscarriage in the past which while she knows it’s not the same as Sheila’s loss, it is similar – grief for a child lost with no future.

Steffy reaches out to Sheila and tells her to come into the room – she’s been watching from the hallway, and Sheila approaches. In a rare heart-to-heart moment she tells Sheila she understands her loss and they both grieve what was and what might have been.

Sheila Carter Is Touched By Her Daughter-In-Law’s Sympathy

Sheila can’t say she isn’t touched and grateful for her daughter-in-law’s sympathy and understanding, even though she fears she’ll remember more. Sheila wishes there was some way she could guarantee Steffy wouldn’t remember she was her shooter and her own son’s killer for more than one reason! Sheila isn’t sure how to respond to Steffy’s unusual moment of kindness towards her other than to just say thanks! She knows not to take a mile when Steffy’s given her an inch, but hopes she can still be a part of Hayes’ life with her blessing-eventually!

Missing The Winder Family From Seeking Sister Wife? There’s A New Video Up