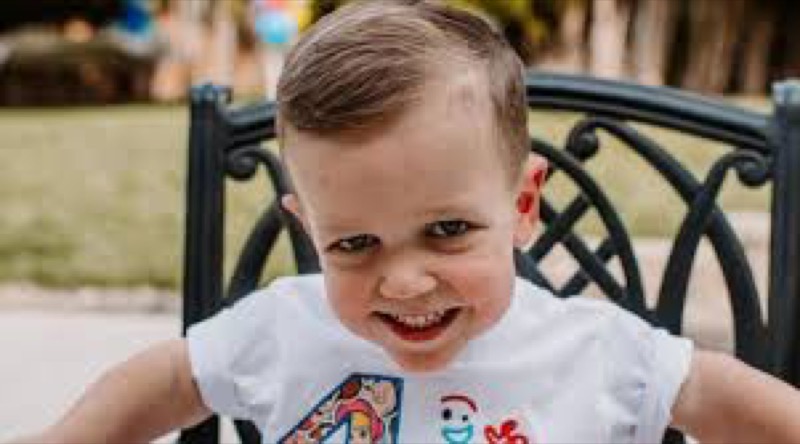 Little People, Big World (LPBW) star Jackson Roloff is not well at the moment. Clearly, he’s not ill enough to rush off to the ER, but it’s always worrying for moms. TLC fans have seen Jackson in pain in the past, and usually, he stays down for only a limited period of time. Anyway, Tori managed to get a small smile out of him when she showed him something special. Meanwhile, his sister Lilah was full of sass and bounce as usual.

When Jackson was younger than his little sister, Tori and Zach took him to Disneyland. That journey didn’t work out too well for the cute little guy. Back then, he first suffered from ear infections. Then, he ended up hurting his elbow. So, they all went off to the doctor. However he’s a stoic little man, and soon, he was beaming with a good-natured smile again.

These days, fans of LPBW know that Jackson Roloff is a big brother. He never really slipped away from the limelight, but he’s got a young competitor in the cuteness stakes these days. Fans adore both kids equally, and Lilah was around to smile for her mom when Jackson felt a bit under the weather this week.

LPBW Mom Reveals That Jackson Feels Unwell – Can She Cheer Him Up?

Jackson Roloff cuddled up to his mom and Tori shared a photo of him on Instagram on April 25. In her stories, she said, “Poor Mister Mister is not feeling well! Praying it passes quickly.” Well, his sister Lilah was feeling when just fine and when Tori said she’d unwrap a parcel, she was right there for it! Actually, in that clip when her mom asked her if she felt excited, she yelled out “Yeah!”

Inside, the parcel, Tori revealed that she received the cutest chain with golden charms on it. The little charms were in the shape of her children’s profiles. Seriously thrilled about it, she showed the kids. As you can see, Jackson managed a tiny little smile.

So many TLC fans DMed the LPBW star about the charms, that she confirmed they are made with 18-carat gold. Certainly, it seems that plenty of moms will probably invest in something like Tori got.

Fans Will See Tori’s Son Go For Surgery Next Season

The upcoming season of LPBW will reveal that Jackson Roloff goes for surgery to help straighten out his bowed legs. TLC fans already saw some photos and clips which arrived before Christmas last year. Now, they will see the sweet little boy looking very brave as he prepares to go under the knife. Hopefully, he soon cheers up now and bounces back. Like Tori, many of his fans no doubt hope that he gets over it soon.