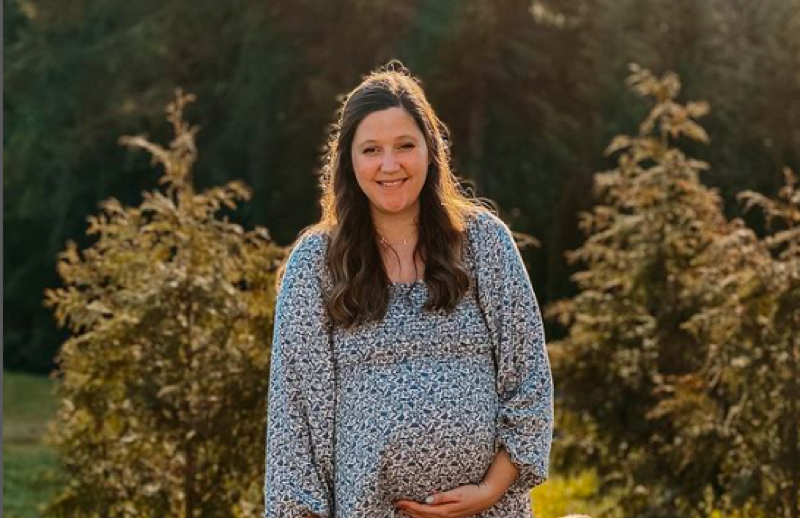 Little people, Big World (LPBW) star Tori Roloff had a bit of a labor scare, but  Baby #3 was not yet ready to arrive. Anyway, she nears her full term now, and simply can’t wait for the baby to come. Actually, she sounds over all the waiting and is beyond ready for it to happen. Actually, she’s not alone and her many TLC fans can’t wait for news about the new addition. For some of them, it feels like Zach’s wife has been carrying this child for about a year or more.

If you watch the TLC show, you already know that Tori and Zach raise two adorable kids, Jackson and Lilah. Last year she, unfortunately, lost a baby, so the new kiddo will be their rainbow baby. While some critics slam her for producing children with the possibility of physical challenges, most people are very happy for Tori. This time around, fans don’t know the gender of Tori’s baby, but neither do Zach and Tori who want it to be a surprise.

LPBW fans discussed the name and gender of the new baby, and they thought that Tori might have hinted that if it’s a boy, they might call him Samuel. The reasoning comes because of a bible story that she related. It was about a woman named Hannah who felt desperate for a child. Because of her prayers and faith, God blessed Hannah, and her baby was named Samuel, which means “heard by God.” Well, until the baby arrives, TLC fans just need to be patient.

LPBW Star Urges Her Child To Come Out Now

Taking to her Instagram Stories this Easter holiday, Tori shared two photos of herself. In the one photo, her daughter Lilah gave her mom a cuddle. Then, in the other one, Tori looked down. She said, “So ugh today,” before urging her baby, “Come on!” Additionally, she said, “I swear I dropped,” adding “This belly can’t get any bigger or lower.” Well, her daughter probably picked up the vibe as she cuddled her mom. Notably, the Little People, Big World star said, “she never snuggles!!”

Actually, the LPBW star looked much happier after Lilah snuggled up for a hug and a cuddle. Who knows what goes on in the minds of toddlers? Perhaps she instinctively knew her mom felt over the discomfort of late-term pregnancy. If you never had a baby, it’s not uncommon for moms to start feeling desperate to push their new baby out. Then, after the baby comes, they often miss the intimacy of having their baby growing inside them. Then, as their baby grows into a toddler, they start regretting their babies moving on with their life. It’s a timeless cycle of change for mothers.

When Is The Baby Due?

LPBW fans don’t know the exact date that the baby arrives. However, the news did emerge that Tori expects it around about the first week of May. That’s far away, so hopefully, Tori gets her to wish and her new child soon makes its way safely into the world.

The Young And The Restless (Y&R) Spoilers: Chelsea Blames Herself For Rey’s Death