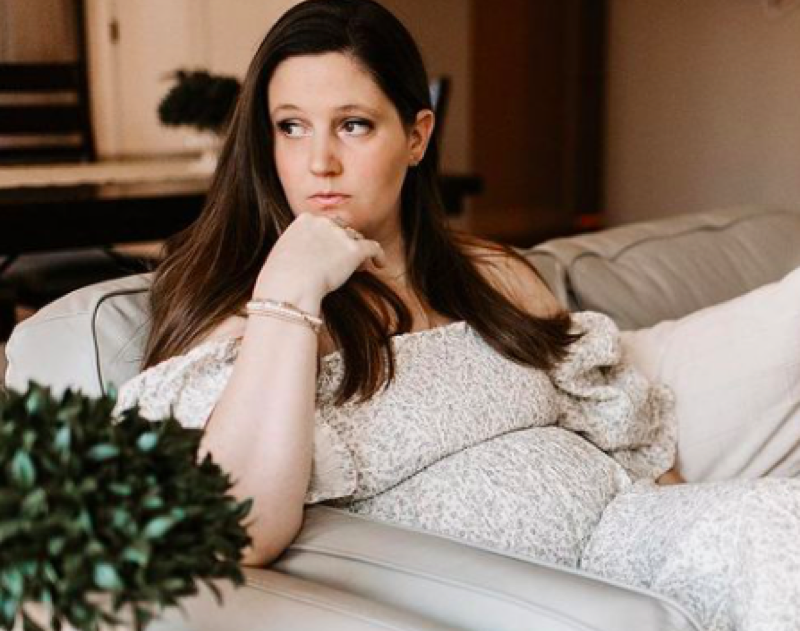 Little People, Big World (LPBW) updates revealed that Tori Roloff expects a third child in the spring 0f 2022. Well advanced, she’s now in her third trimester. Well, fans don’t know the gender of her baby, but if she has a son, might she name him Samuel? Or, come to that, if she has a daughter, might she name her Hannah? Perhaps she gave a hint to TLC fans that she might have those names on her mind at the moment.

TLC fans know that last year, Tori broke the news that she suffered from a miscarriage. In fact, this month is the anniversary of the very sad news. Then, when she fell pregnant again and expected her rainbow baby, she felt so afraid. Actually, she said that she couldn’t really enjoy her pregnancy. Fortunately, as time went by, her little one seemed healthy. So, she started to relax a bit. In fact, right now, she seems to have finally found her happy place. This week she confirmed that her baby is healthy. However, the loss of a child is something traumatic, and she might never get over it completely.

LPBW fans waited to find out if Tori and Zach expect a boy or a girl. Either way, the newcomer will be a tie-breaker. Jackson and Lilah will soon have a sibling that leans one way or the other. However, because Tori and Zach opted for the gender to be a surprise, fans just don’t know. However, that doesn’t stop them from speculating. From the way she carries her new baby, a lot of them think that she might welcome another little boy. Well, a new post might have hinted at the name they might give their baby if it is a boy.

Did The LPBW Star Hint That She Might Name A Son Samuel?

A few days ago, Tori took to her Instagram and reminded fans that a year ago, they heard the devastating news that her baby died in her womb. Posting an old photo of the memorial they made for their lost child, Tori said, “I still haven’t fully recovered from that experience, and to be honest I don’t know that I ever will.” Additionally, she spoke about hove difficult it was. Next, she talked about how she turned to her faith to help her get through it. In fact, she feared that she might never be blessed with another child. Then she talked about a sermon that she heard in her church, and that gave her some hope.

The LPBW star recollected the story from the bible, where a woman named Hannah really wanted a kid. But, nothing was happening. So, she prayed like crazy and followed God’s rules in life. Although she just about despaired, she kept on trusting God. So, one day, she fell pregnant and she rejoiced. Happily, she named the child Samuel. Tori Roloff pointed out that it means, “heard by God.” Well, Tori also prayed, hoping that God wouldn’t forget her and would bless her with another child. That happened, and she’s feeling blessed.

Samuel Might Be A Nice Name For A Boy

LPBW fans know that Jill Dillard has a son named Samuel, and he’s a cute kid. So, another Sam in the TLC franchise would probably be a popular choice. Do you think that Tori might name her child after Hannah’s son Samuel? Or, if it’s a girl, might she name it after another woman, Hannah, who patiently waited on God for a baby? Sound off your thoughts in the comments below.

Days Of Our Lives (DOOL) Spoilers: Allie And Chanel Decide To Explore Their Attraction!