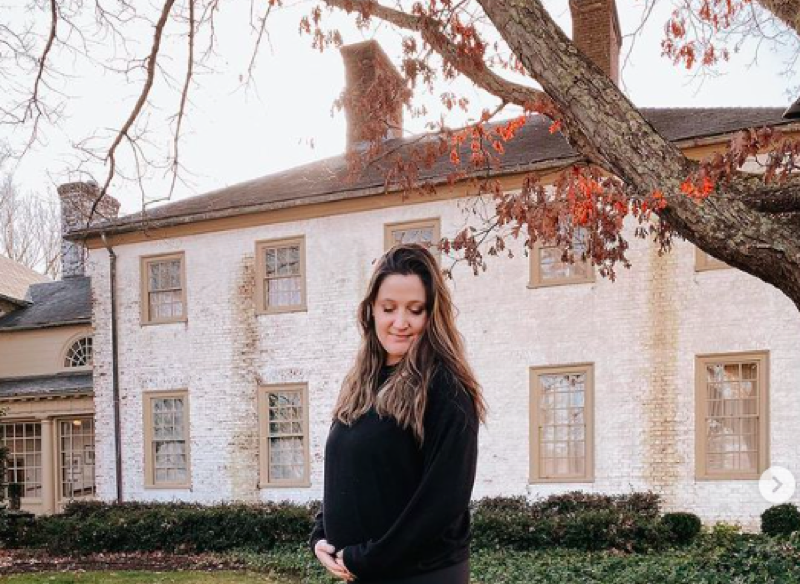 Little people, Big World (LPBW) star Tori Roloff is now in the second trimester of her pregnancy. Technically, it’s her fourth pregnancy, but she lost a baby earlier this year.  The miscarriage hit her really hard, and those who experience it know it’s not something you get over like a visit to the dentist. So, it seemed like she couldn’t really enjoy her pregnancy this time. However, she sounds much happier about it now.

Zach stood by his wife when she lost her baby earlier this year. Actually, Matt Roloff seemed very proud of his son for the way he supported her. That came out when he chatted with Alec Lace on his First Class Fatherhood podcast. When Tori started feeling a little bit better, she took to her Instagram and praised her husband. Well, when the news came that she fell pregnant again, and expects a rainbow baby, she obviously worried that there might be problems with this baby as well.

LPBW fans heard that Tori Roloff described the news that her baby died as one of the most horrifying things that ever happened. When she found out the news, the new baby had already died in the womb. Tori said she was eight weeks pregnant when it was discovered that the baby had died two weeks before she went in for her pregnancy checkup. Naturally, it seems that she fears something similar might happen to her new baby. She talked about it on social media as she progresses through her second trimester.

Tori Roloff took to her Instagram on December 20 and talked about how she feels right now. In her caption, she explained. “I feel like miscarriage truly steals your joy,” adding, “This pregnancy, it’s been so difficult to get excited.” Certainly, it seems that she dreaded the possibility of a second miscarriage. She told her fans that she now feels a bit more positive. The Little People, Big World star added, ” However, we have seen baby multiple times and we’ve heard his/her heartbeat a ton. And it’s strong.” 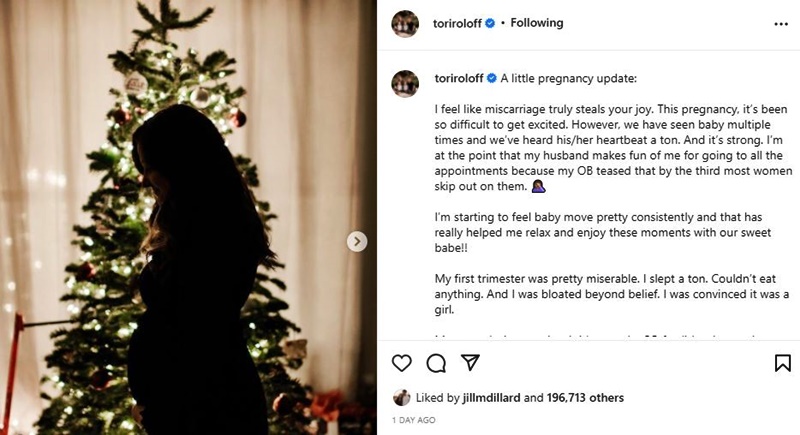 Never miss an appointment with her doctor, the LPBW mom joked, “I’m at the point that my husband makes fun of me for going to all the appointments because my OB teased that by the third most women skip out on them. 🤦🏽‍♀️.” Feeling a lot more positive, she continued, saying, “I’m starting to feel the baby move pretty consistently and that has really helped me relax and enjoy these moments with our sweet babe!!” Now, things seem to speed along, and she finally starts enjoying her baby as she moves through the second trimester.

Tori Thinks That She Might Have a Baby Boy

LPBW fans know that Tori Roloff already raised a boy and a girl, Jackson and Lilah. Now, she thinks that she might have another son. However, they might not know the gender until the arrival of their new child in spring 2022.