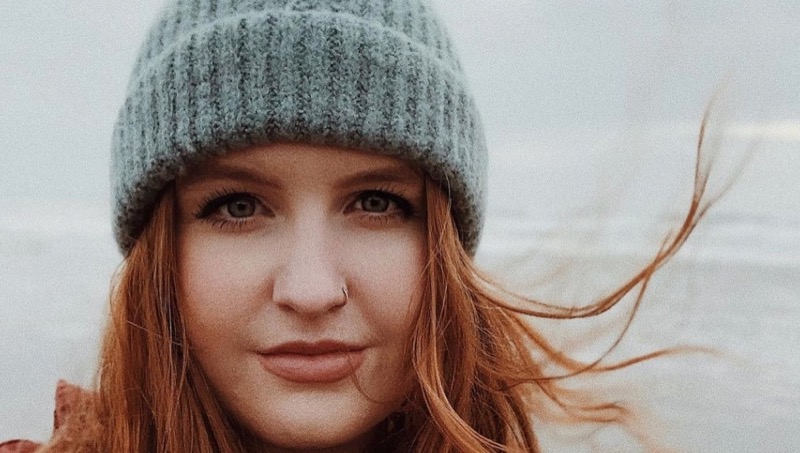 Little People, Big World (LPBW) spoilers revealed that Matt and Amy Roloff now have six grandchildren with the arrival of Isabel and Jacob Roloff’s baby, Mateo Tomás. Mateo probably won’t ever feature in the TLC show as his dad, Jacob left as soon as he was old enough, and he slammed reality TV as voyeurism. Still, that never stopped fans from eagerly following their journey into parenthood. Now, Isabel gave him a rousing shoutout for being such an attentive dad and husband.

LPBW Spoilers Revealed That Mateo Went Into The NICU

When Jacob Roloff revealed that his son arrived, he posted about it on Twitter. He called his son an “angel” and really praised Isabel who went through the ordeal of childbirth. In fact, he used the word, “superhero.” Actually, many young husbands who welcome their first child seem amazed at the strength and resilience that women display when giving birth. These days, men seldom go off to the pub for a drink while their wives toil away in labor. It’s more common for them to be at the side of their partner, making for a way better bond with the child. And, it looks like Jacob fully intends to be a hands-on dad and a supportive husband.

In her original post that she shared which revealed only her baby’s hand, and his name, she didn’t mention NICU in her caption. However, in the comments, she did mention that Jacob trimmed Mateo’s fingernails in the NICU. LPBW fans thought that Jacob sounded like a very caring dad. But now, Isabel gave a bigger shoutout to Jacob. On Monday, December 13, Isabel posted up a throwback photo from before she delivered Matteo, and she talked about it there.

Isabel shared a photo of Jacob tenderly kissing his wife in a field. The black and whole photo looked very nice. fans agreed. At the time, he tenderly held her baby bump. Actually, she shared the photo before, and some fans said it was their favorite of all the maternity pictures that she shared. In her caption, Isabel gave Jacob a big shoutout. She said, “You as a father have completely exceeded my expectations beyond anything I thought possible.” Then,  she talked about his “fierce love” for their little boy. 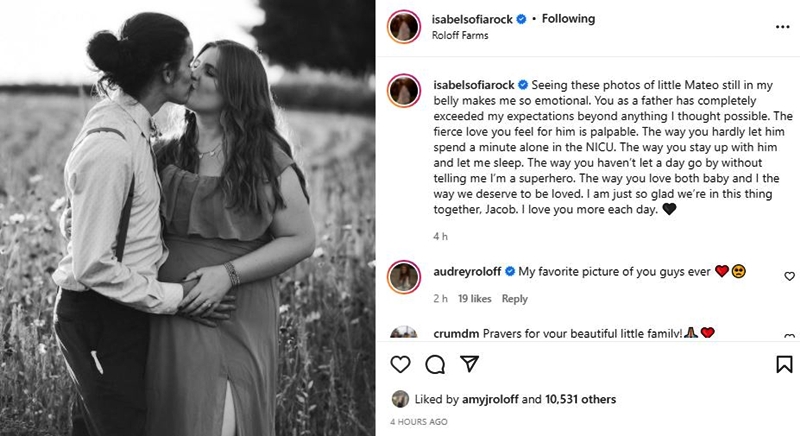 Next, she talked more about the way the LPBW alum shows how much he cares. She added, “Seeing these photos of little Mateo still in my belly makes me so emotional.” That’s because, Jacob, “hardly let him spend a minute alone in the NICU.” She also mentioned that he stays “up with him and let me sleep.” Also, he “doesn’t let a day go by without telling me I’m a superhero.” Finally, she summed it up, saying, “The way you love both baby and I the way we deserve to be loved. I am just so glad we’re in this thing together, Jacob. I love you more each day. 🖤”

Quickly, LPBW fans took to the comments section. One of them wrote, “😭❤️ so sweet. Mateo is blessed to have such loving parents.” Then another fan noted, “Sending you all so much love ❤️ your strength is amazing.” Meanwhile, a lot of people told Isabel that they thought her shoutout to Jacob was “beautiful.”