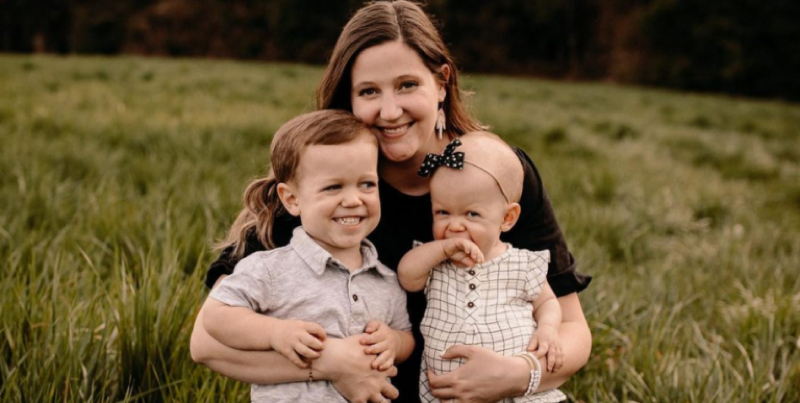 Little People, Big World (LPBW) fans know that Jackson Roloff recently went through surgery to help straighten his bowed legs. Well, now he looks much better and Tori and Zach took him and his little sister, Lilah, on a short vacation. It looked like the kids are not only model travelers, but they also had a blast. So, where did they go and what did the family enjoy doing?

LPBW Kid Jackson Roloff Looks Much Better After His Surgery

When Jackson went for his surgery, fans feared for the cute little TLC star. After all, they saw that his dad, Zach suffered through his surgery as a young teen. Luckily, the surgery that Jackson underwent wasn’t anywhere near as invasive. Still, it wasn’t a doddle in the park. Despite bravely facing his ordeal, he is only four. Fortunately, he bounced back quite quickly, but Tori explained that it was really “rough.” Of course, like other moms, she hated seeing him in pain. One clip she shared revealed him trying to get around with a tiny little walker. Now that he’s on a short vacation, he looks much better.

LPBW fans saw earlier this year, that Tori took Jackson Roloff to Disneyland without Lilah. Well, Lilah made huge strides in her milestones since then. So that’s not likely to ever happen again. Actually, the very idea of not taking her on the latest vacation would probably set off an earthquake. Recall, she recently gatecrashed her brother’s date night with his mom. So, she also went along with her parents on their latest vacation. The photos that Tori shared on her Instagram Stories this weekend, showed that she also enjoyed herself very much.

LPBW – Tori Asks Fans To Guess Where They Went

Tori shared a photo of the two kids fast asleep on the journey. She said they are the “best travelers EVER.” Then she asked folks to guess where went. Well, she didn’t keep TLC fans guessing for long and quickly revealed that they visited Williamsburg in Virginia. The Little People, Big World star shared a couple of family photos of them all and then shared about the two kids. Jackson looked comfortable as the two kids enjoyed drinks at a coffee shop. 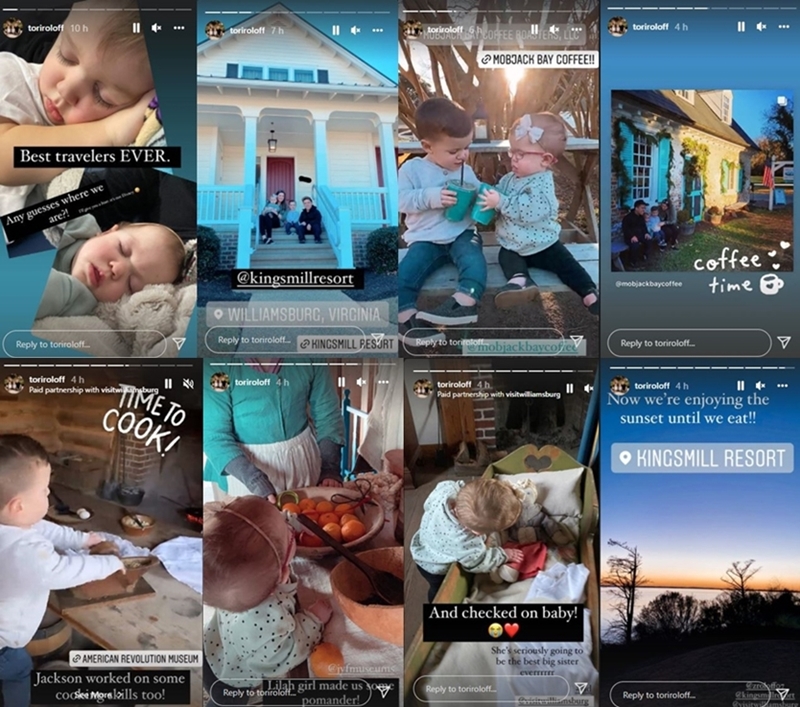 Later, the LPBW family visited the American Revolution Museum and Jackson got some hands-on history lessons. A short clip showed him rolling out some flour. Meanwhile, Lilah looked engrossed with the idea of making pomander. However, she certainly looked more interested in the baby in the crib. Tori said, “She’s seriously going to be the best big sister.” If you missed it, Tori’s pregnant again, and expect baby number 3 in spring g next year.

Best Way To Round Off A Fun Day

After their fun day out, the LPBW family sat and enjoyed a spectacular sunset. Toi said, “Now we’re enjoying the sunset until we eat.” That certainly sounds like the perfect ending to a wonderful day on vacation.