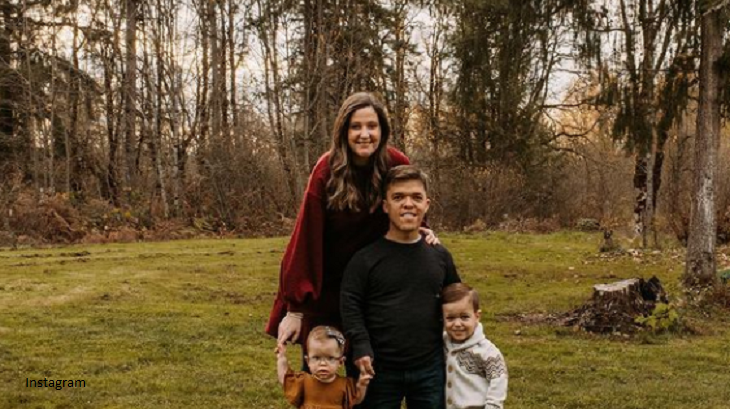 Little People, Big World (LPBW) fans always love hearing about four-year-old Jackson Roloff. Actually, he becomes so popular, that TLC fans flock to Tori’s page to catch a glimpse of him. Of course, his little sister, Lilah is also cute. However, she hasn’t been around as long as her brother.  Last week, though, fans felt sad when his mom posted about him. They heard he went for surgery to help straighten his bowed legs. Now, Tori admits that it was really rough.

Little People, Big World – Jackson Was Enjoying Life, Then He had Surgery

In the last season of LPBW, fans saw that Amy Roloff prepared for her wedding to Chris Marek. Matt Roloff did a lot of work at the farm venue. However, the rest of the family also got involved. In fact, in a teaser for the wedding special on TLC, fans saw that Jackson stepped up as a big helper. Always willing and very sweet, he carted around trays of flowers and the adults placed them into other containers. Chris seemed very impressed by his attitude. Actually, he pretty much became the boss of the day.

The Little People, Big World star also took part in the actual wedding. In the last season, fans saw Amy Roloff coaching him as she wanted him to be her ring-bearer. In the special, fans saw that he carried it off just fine. Clearly, he enjoyed the reception as well. Fans saw the fun-loving kid dancing when photos of the wedding emerged on social media. Then, he started looking forward to Christmas. But, before he fully got into the spirit of it, he went for surgery to straighten his bowed legs.

Our Teen Trends reported all about the surgery. It came as a surprise to TLC fans. They heard about in the last season of the show. However, as Zach was  lot older when he went for surgery, they thought Tori might wait a bit. Well, the day after Jackson enjoyed choosing their Christmas tree, she showed him in the hospital. Apparently,  it wasn’t as invasive as Zach’s surgery, and fans might only see a difference as time passes by. Actually, he already went home and Tori shared a clip of him using a walker. However, in her post on Sunday, December 5, she said it was a really “rough” week.

Tori said he long post about the Little People, Big World boy, “What an emotional week.” Then she added, “I keep it together for these two sweets here but this week was rough.” Elaborating, she explained that his recovery has been harder than the actual surgery. Then she said, “I want to take away any discomfort he has. I want to give him back all his confidence to walk and run and jump. It’s hard to not be able to fix it right now.” After thanking all her fans for their prayers, she said, “Jackson is well on his way to recovery and we’re praying in another week or so he will be back to his active self!”

Lots of Little People, Big World fans commented on the post. One of them wrote, “Praying Jackson will be back to his normal activities in no time!🙏🏻🙏🏻🙏🏻” Then, another fan encouraged Tori, saying, “You are so amazing Tori! You are an inspiration and you are so strong. Love you guys.”

Come back here often for everything  happening with the LPBW cast. Remember to check back with us often for more Little People, Big World spoilers, news, and updates.