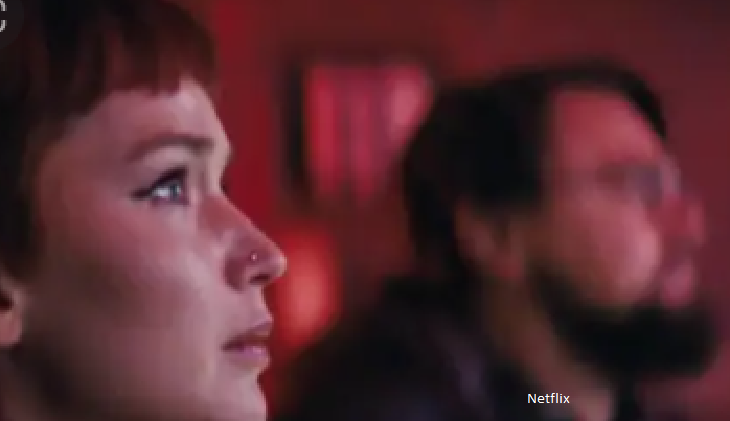 Don’t Look Up star Jennifer Lawrence is a really good actress, fans agree. And yet, she actually lives for being a mom.  The star from The Hunger Games films, believes she was put on this planet to be a mother. Well, this week, she rocked up at the premier for the new Netflix movie, proudly displaying her baby bump. Soon she expects to welcome her first baby with her husband Cooke Maroney.

Jennifer spoke about wanting to be a mom, and only a mom back in 2012. That November, she revealed that when she was growing up, she fell in love with the idea of babies as she was a nanny at one time, Of course, she became a fan-favorite survivor on The Hunger Games, and her popularity was shooting through the roof in Hollywood. Now that she is with Cooke and expecting her first child with him, she glowed at the premiere for her latest movie.

The Don’t Look Up star revealed her pregnancy back in September this year. People Magazine reported that she looked radiant and dazzling at the premier of the Netflix movie. The outlet said “The actress, who also posed with costar Leonardo DiCaprio at the event, walked the red carpet in a sparkly Dior number, complete with semi-sheer cape sleeves. She accessorized her stunning ensemble with Tiffany & Co. jewelry and wore her hair effortlessly pulled back.”

The premier went down in New York City on Sunday this week. Mind you,  the premiere was delayed due to the coronavirus. Originally, fans expected it to come to theaters in 2020. Well, judging by the trailer on YouTube, it might be well worth the wait. In the movie, Jennifer acts as Dr. Kate Dibiasky, a low-level astronomer. She, alongside Leonardo Di Caprio, who acts as another astronomer, Dr. Randall Mindy, try and warn the about out a massive meteor. The movie opens to a limited theatrical release on December 10, 2021, and is set to begin streaming on Netflix on December 24, 2021

Comments about Don’t Look Up seemed fairly good. After all, fans enjoy the tension of an action movie with a potentially dire outcome. Even though the outcome is often predictable. One fan wrote, “We’re all gonna die but the government is too focused on downplaying the problem and making money of of it Terrific metaphor guys, great job.” Then another fan said, “The government portrayal is spot on. I honestly believe this is how they’d react if they found some sort of “value” in a planet killing space rock.”

The Don’t Look Up star didn’t announce her due date yet. However, working on when she announced her pregnancy, it probably arrives some time in early 2022.

Come back here often for everything happening with Netflix right now. Remember to check back with us often for more spoilers, news, and updates about Jennifer Anderson, who stars in Don’t Look Up.