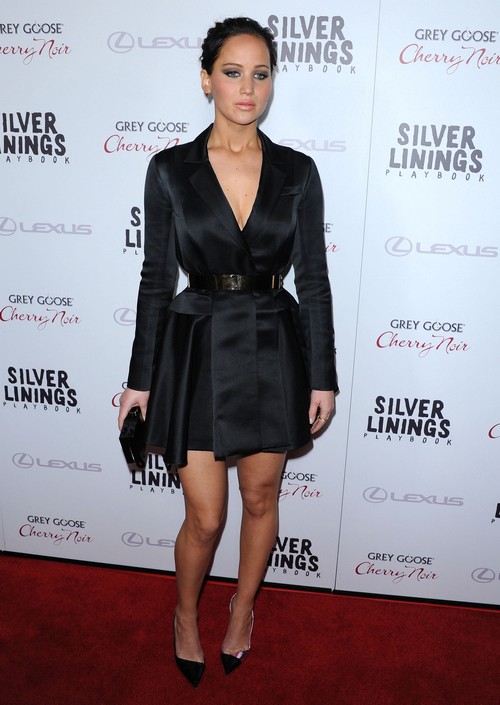 Jennifer Lawrence, the mega hit star from The Hunger Games films, believes she was put on this planet to be a mother. Why would she say that? Well, according to the break out Hollywood star, she loves children! That’s all there is to it! The 22-year-old said in an interview with The Daily Beast, “It’s weird for a 22-year-old to say it. I do feel like the reason I was put on this Earth is to be a mother, which is why it’s funny for me to end up with such an overwhelming career. Ever since I was a baby, I was always playing house.”

Lawrence stars as the quick-thinking, fast-killing Katniss Everdeen in The Hunger Games films (second film slated for release in 2013, third, and fourth slated for 2014 and 2015 respectively). Lawrence also holds the title of being the second youngest actress to ever be nominated for an Academy Award, after her breakthrough performance in Winter’s Bone – an independent film that reaped in the awards two years ago.

Lawrence added, “I did grow up in Kentucky. I was a nanny and babysitter. I always loved children. Then again, I’m not even mature enough to buy a house yet. I can’t buy a car. I’m still paying off my Volkswagen. If someone proposed marriage to me, I’d be like, ‘I’ve got to pay off my Volkswagen.’” Surely Lawrence needn’t worry about paying her car? She’s one of the hottest new actresses in Hollywood. However, Lawrence almost didn’t become one of the best young stars when she was deciding whether to take on the role in Hunger Games “I had chosen my path. I was going to be the indie actor. I was going to drive my kids in a minivan and have a normal life. I knew if I said yes to this, it would change my life. I wasn’t sure if I was ready,” she explained.

Well, we’re glad Jennifer Lawrence is our favourite survivor on The Hunger Games, and we’re glad she wants to be a beautiful mommy one day, because this mega star will be a kick-ass mom! Don’t you agree? Let us know why in the comments below!