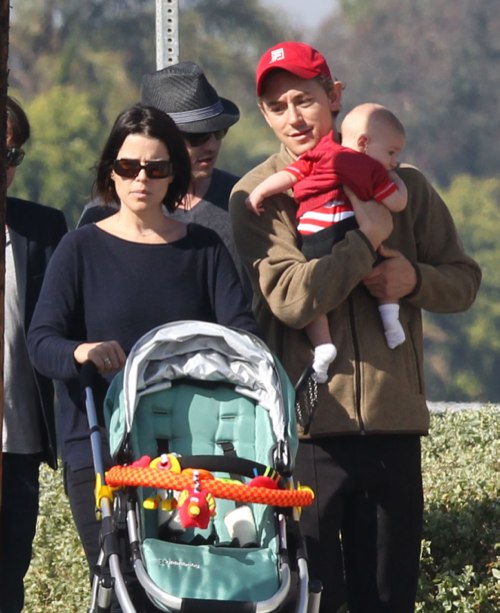 Neve Campbell and her boyfriend J.J. Feild stepped out with their baby boy Caspian for a stroll with friends in Los Angeles, California on Wednesday (Nov. 21). The new mom pushed her little bundle of joy in his stroller before the proud dad decided to carry him.

The Party of Five Alum has kept the birth of her son on the down low. Her rep has not confirmed the happy news or the name of the baby.  However, it was reported by a source that she gave birth in August and named the baby, Caspian.

“They’re thrilled,” Campbell’s rep told in March when the news was announced that Canadian-born actress was expecting her first child.

Caspian first made his public debut in mid-august while the family discreetly enjoying a day on the beach.