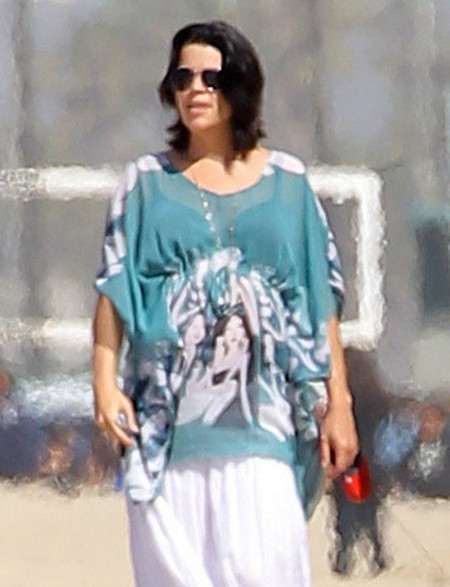 Pregnant Canadian actress Neve Campbell, 38, was on Malibu beach today walking her dogs with some friends and enjoying the nice weather.  Neve is pregnant with her first child with boyfriend actor JJ Field.  Neve showed off her growing bump with a patterned turquoise top and white palazzo pants.

Click on the thumbnails below to enlarge the photos!