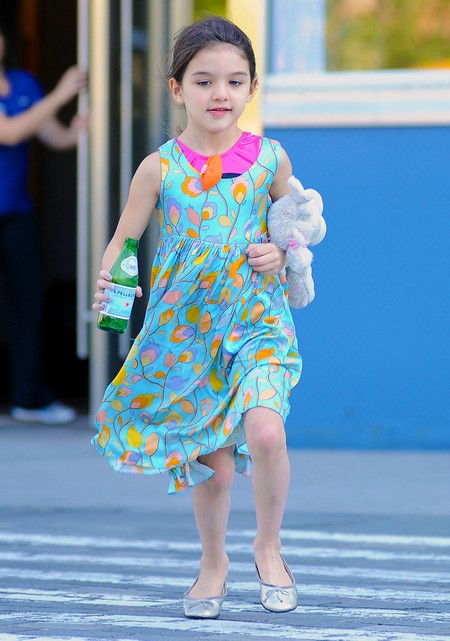 Katie Holmes and her daughter Suri Cruise stopped off at Chelsea Piers for a gymnastic class in New York City, New York on April 27, 2012.  While running Suri was drinking a bottle of sparking San Pellegrino.  Because Suri does not drink water right?

Now here is the odd thing about how Suri is dressed – the dress she has on above was on her stuffed mouse (see photo below) and Suri was wearing another dress.  She decided to traded with the stuffed Mouse.

I guess when you are six years old and your parents are rich, you can do anything you want!

Click on the thumbnails below to enlarge more pics!