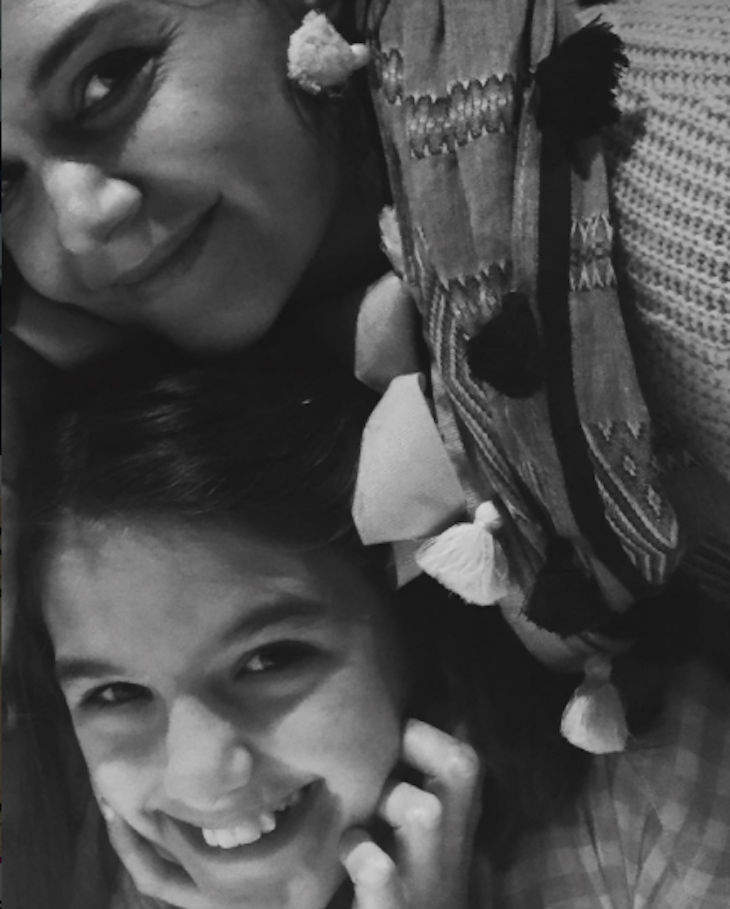 It looks like the apple doesn’t fall far from the apple tree here! In other words, 11-year-old Suri Cruise is obsessed with her favorite Broadways shows the same way her mother Katie Holmes is. In fact, the Hollywood actress recently shared a photo of her and Suri attending a ‘Dear Even Hansen’ show on Broadway on her Instagram account.

Katie shared a photo of her and Suri with lead actor Ben Platt. The 23-year-old just won a Tony in the Best Lead Actor in a Musical category for his work.

Earlier this year Katie opened up about how she’s trying hard to raise Suri the best way she can. In an interview with Town and Country Magazine the 38-year-old actress say that she’s trying to give Suri “the gift of normalcy.” Suri is Katie’s daughter with her ex-husband, Tom Cruise.

Katie filed for divorce back in 2011 after five years of marriage with the actor.
And while Katie says she understands that she’s one of the biggest stars in the celebrity world, she still wants Suri to experience all of the things she did while growing up. Even though Suri goes to school in New York City, she spends a lot of time with Katie and her family in her native Ohio.

Katie explained, “This business is so unstable, and you never really know where you’re going to be … My child is the most important person to me, and her upbringing is paramount to my work right now. It’s very important that I’m present and she has a stable, innocent childhood. I feel so blessed to do what I do, but there’s nothing in the world better than watching your child succeed.”

She added, “Every day, kids get a little further away from you. That’s a positive thing. They should be becoming more independent, but it’s heartbreaking. You want them to stay with you forever, but they’re these amazing beings, and you have to do everything you can to give them what they need — and then they’re going to go. And that’s going to be very, very sad for me.”