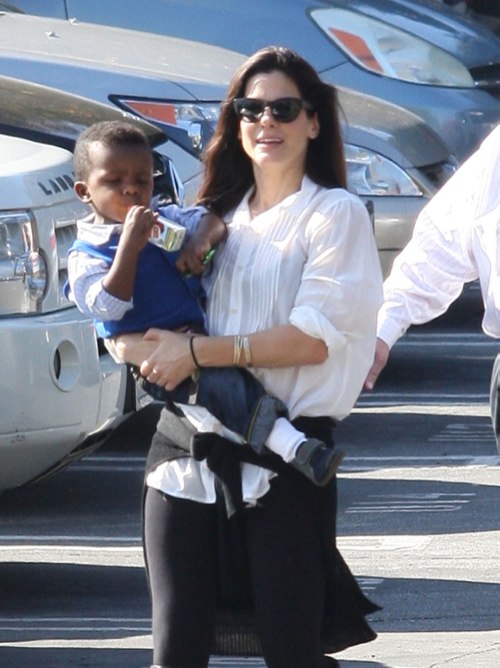 Sandra Bullock was spotted attending a Thanksgiving party with her son Louis and her father John in Beverly Hills, California on Wednesday (Nov. 21). The Gravity actress looked casual in a white blouse, a black sweater tied around the waist and black pants as she carried the 1-year-old.

On Tuesday, it was announced that her ex-husband Jesse James is engaged for the fifth time. The reality star and notorious womanizer popped the question to his girlfriend Alexis DeJoria, a drag racer, who is the daughter of the billionaire co-founder of Paul Mitchell hair care, John Paul DeJoria, after less than two months of dating.

James was previously engaged to his long-term friend Kat Von D, and was also married to Karla James and adult actress Janine Lindemulder.

It seem as though the proud mom can give thanks this Thanksgiving that James is no longer in her life!!