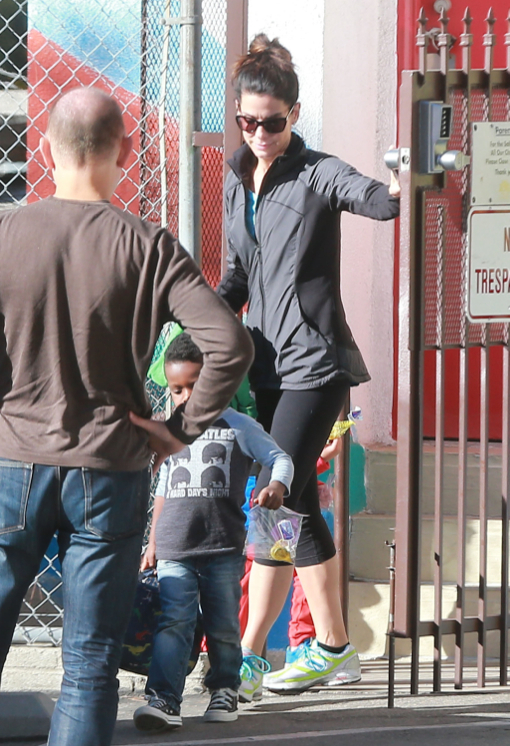 Sandra Bullock was photographed picking up her son Louis from school in Los Angeles, CA on Tuesday (Nov. 26).

The Gravity star looked like your average mom, dressed in a yoga sweater, black tights and green running shoes. She held the fence open for Louis who carried his lunch bag.

Bullock who hasn’t publicly dated anyone since splitting from ex-husband Jesse James in 2010, has since put her all into being a single mom.

“If [a relationship] should come along, great,” Bullock told Entertainment Weekly. “But I feel like I’m not missing anything yet. Maybe one day I will. But my son is 3 years old, which is an amazing age. Four is an even better age. So if something happens, great, but if not, I’ve got plenty to do.”

Meanwhile, Bullock is in the process lending her voice for the new film, Minions.