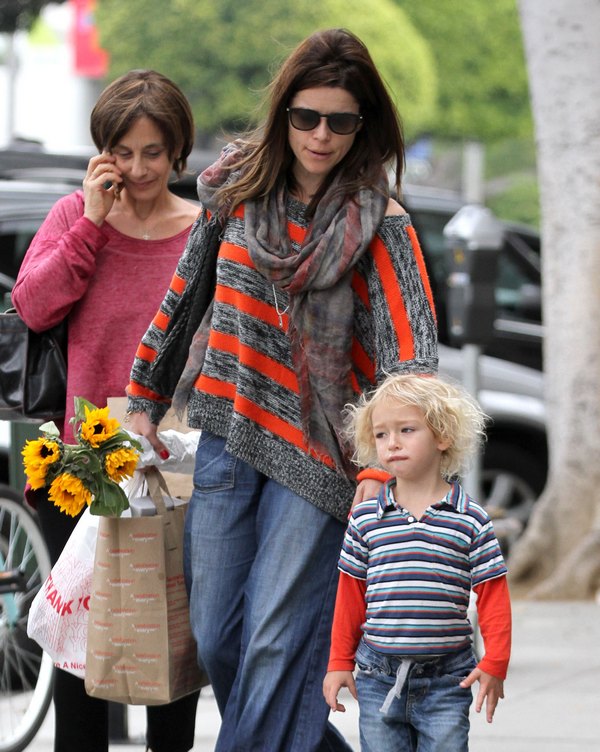 Neve Campbell enjoyed some mother son bonding time on May 17. Neve and her 2-year-old son Caspian went to the Farmer’s Market in Studio City, California.

The mom and ‘Scream’ queen bought some sunflowers as Caspian looked like he was soaking up the atmosphere and enjoying the sunshine. The toddler is sporting a head of gorgeous blonde curls. What a cutie!

Neve received an apology from Us in October of 2014, after the media outlet reported she was pregnant with her second child. The former ‘Party of Five’ star was rumored to be expecting another baby with partner JJ Feild. The news was a mistake, and the family remains a happy party of three.

Campbell has seen some screen time lately. Neve made an appearance on ‘Med Men,’ which is ending its series run. She also reunited with her some of her fellow cast-mates from ‘Scream’ and ‘The Craft’ in Texas for her first horror convention. Neve joined Rachel True and Skeet Ulrich for a few photo ops for fans.

Heidi Klum and Daughter Leni Return from Germany In Style

Angelina Jolie, Knox, and Pax Cheer on Shiloh and Zahara During Their Soccer Game