Angelina Jolie, Knox, and Pax Cheer on Shiloh and Zahara During Their Soccer Game 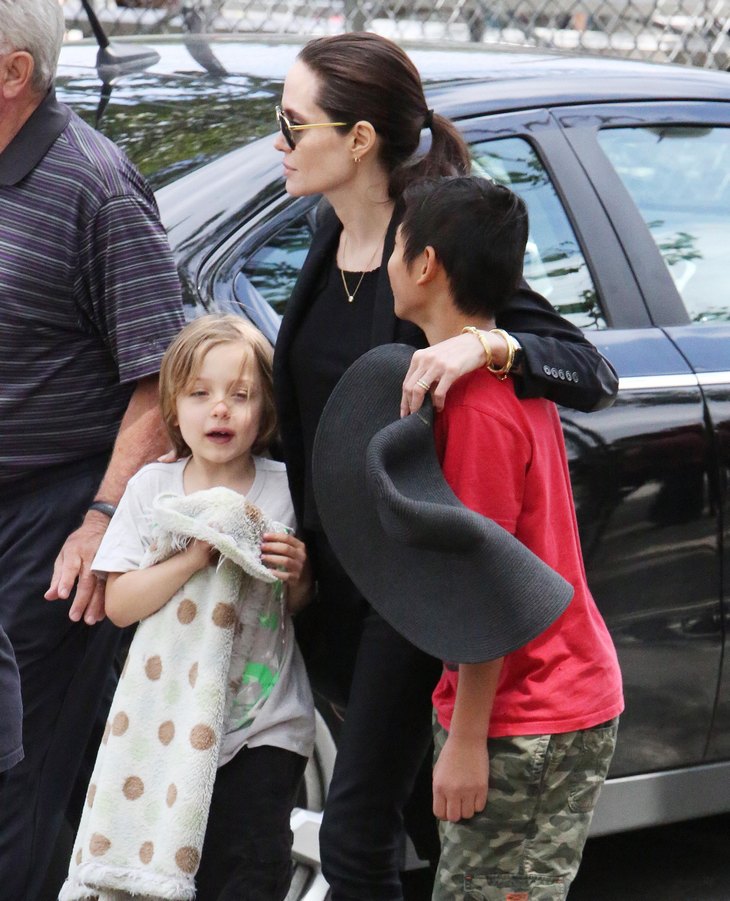 It was a family affair at the park. Angelina Jolie, Knox, and Pax all cheered on Shiloh and Zahara during their soccer game in Los Angeles. The mother of six had the bulk of her brood in Griffith Park.

Pax and Knox joined Angelina to watch their sisters play a game of soccer during the weekend. The group was well protected by a team of security, but it didn’t stop the Oscar winner from blending into the crowd of parents cheering on their kids.

Jolie was bright, cheerful, and animated as she spoke with the other girls on the team and talked with fellow parents. Zahara and Shiloh play soccer for the same team, but at different age levels. Knox and Pax cheered them on at the sidelines.

Maddox and Vivienne were not present, but it’s safe to assume they were off with dad, Brad Pitt. Brad flew into LAX late Friday night, so maybe the other two Jolie-Pitt family members were enjoying some down time with dad.

Angelina was affection with box Pax and Knox on the sidelines. The family watched both girls play and rooted them on. Knox was also clutching a blanket that looked like he had it for years. The 6-year-old clutched the white blanket sporting large brown circles lovingly.

Make Memories in the Kitchen This Summer Without Baking!