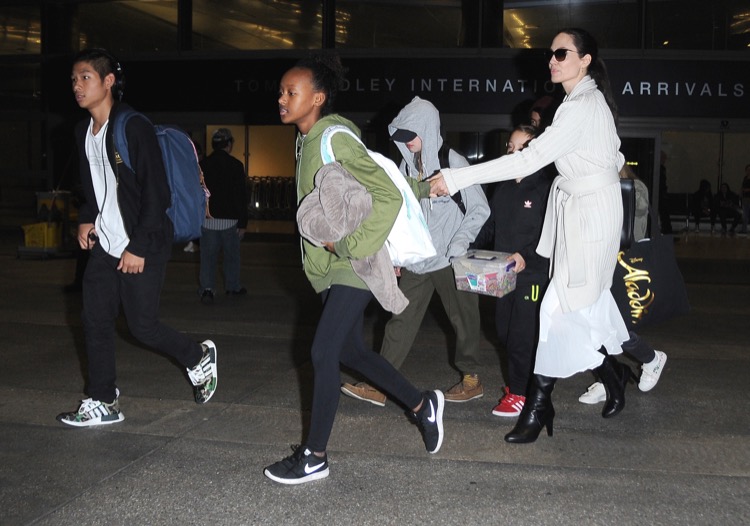 The Maleficent actress wore a long cream cardigan over a white dress and black heeled boots. She kept a tight reign on her children as they made their way out of the baggage terminal.

Jolie and the kids were arriving back from London, England, where she met with Britain’s Archbishop of Canterbury Justin Welby on Thursday.

The special envoy for the United Nations High Commissioner for Refugees met with the head of the Church of England at Lambeth Palace in London to discuss the refugee crisis and sexual violence in areas of conflict.

Jolie also paid a special after hours visit to Buckingham Palace with her son Maddox.

Prior to her visit in London, Jolie gave a speech at the United Nations Assembly Hall in Geneva, Switzerland, where she stressed the importance of inclusion and internationalism during such a fraught political climate.

How to Make Your Own Homemade Easter Egg Sugar Cookies