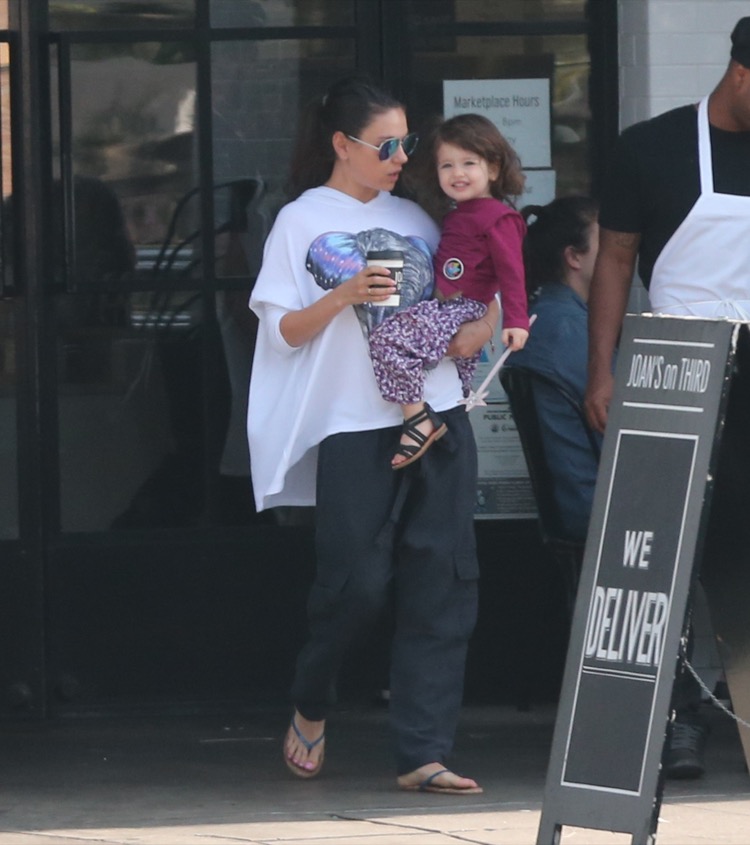 Mila Kunis and her husband Ashton Kutcher enjoyed a family breakfast with their daughter Wyatt at Joan’s on Third in Studio City, California on Saturday (March 18).

The Bad Moms actress was dressed casually for the outing in a oversized white shirt with an Elephant printed on the front, black khaki pants and sandals. She carried the 2-year-old on her hip and a coffee in her other hand while making her way to their car.

Kutcher helped load the car before leaving in his own.

Kutcher accidentally revealed the sex of the baby while on the Today show in October, saying Wyatt, “points to Mila and she’s like, ‘baby brother’ when she points to the belly and then she points to dad and she goes, ‘Beer!’ So I think she gets there’s something in the belly but I don’t quite think that she knows that it’s not going to be a plastic doll yet.”