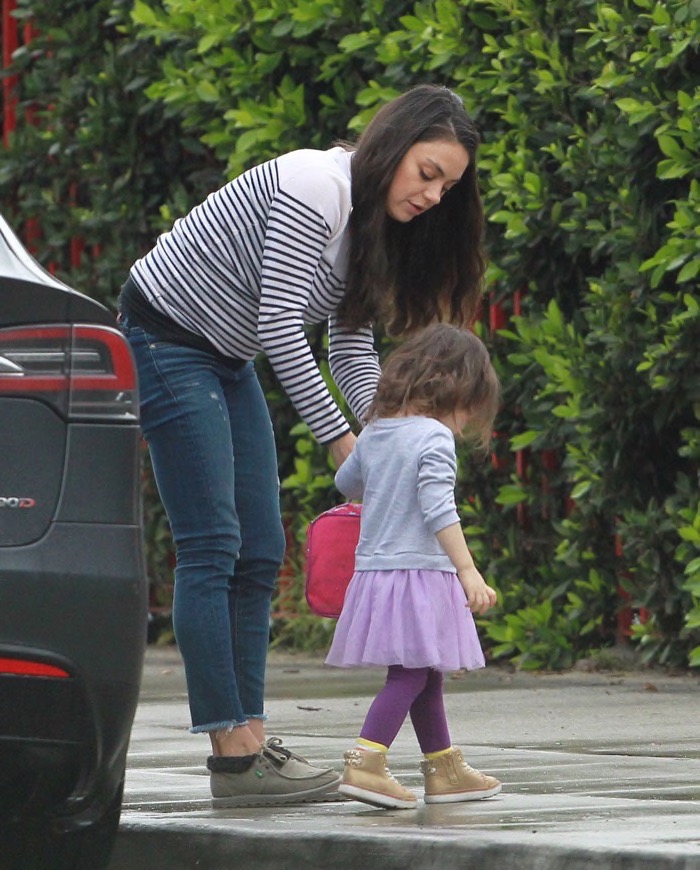 The Bad Moms actress was dressed casually in a striped sweater, cut-off ankle jeans, and booties. She helped her daughter out of their car before passing the youngster a lunch bag.

In December, Kunis and her husband Ashton Kutcher welcomed their second child.

“She points to Mila and she’s like, ‘Baby brother!’ when she points to the belly,” Kutcher told the Today Show of their daughter’s reaction to Kunis’ being pregnant.

Kunis and Kutcher confirmed they were expecting their second child in June.

The couple married in a low-key ceremony in July 2015.

Top Five Reasons Why Twin Pregnancies Are Not Easy