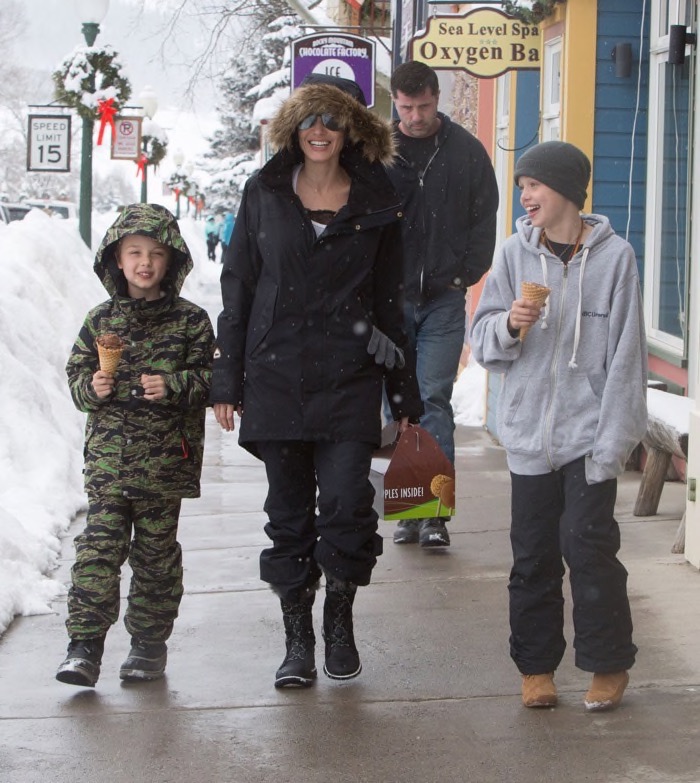 Angelina Jolie was photographed picking up ice cream with her children Shiloh and Knox in Crested Butte, Colorado on Monday (Jan. 2).

The Maleficent actress dressed warmly in a black hooded winter jacket, snow pants, and boots. She smiled as she chatted with the kids as they ate chocolate ice-creams.

Jolie’s four other children Maddox, Pax,  Zahara, and, Vivienne are also vacationing with her.

The star’s estranged husband Brad Pitt did not accompany them for the New Year’s trip.

Jolie and Pitt continue to hash out details of their ongoing custody battle over their six children.

On Dec. 21, Pitt filed a memorandum to his request to have divorce documents pertaining to custody sealed, outlining specific reasons why that information should remain private.

Sources close Jolie claims she has already signed a deal agreeing to have the documents sealed and that the filing was a ‘press move.’on his part.

Parenting Tips to Live By in the New Year