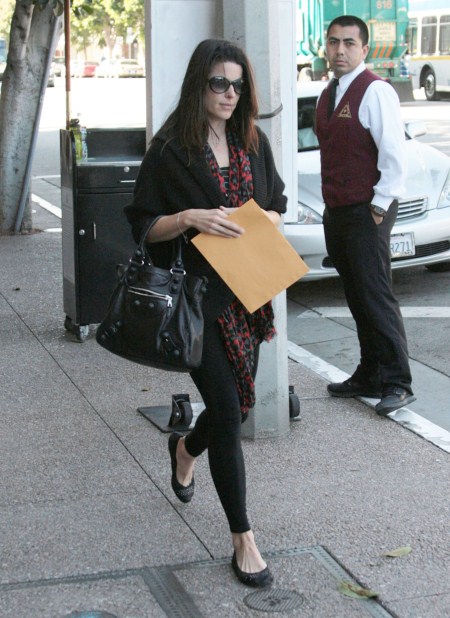 38-year old, Canadian actress, Neve Campbell, probably best known for her roles in the “Scream” franchise, is pregnant with her first child.

Campbell surprised photographers in LA when she showed off a baby bump while running errands, her rep later confirmed to People that she indeed is pregnant. Boyfriend and actor, 33-year old J.J. Field who appeared in “Captain America: The First Avenger,”  is the proud expectant father.

The happy couple have been romantically linked since last year and are both keeping busy with their careers. Campbell is currently filming the Lifetime movie, “Sworn to Silence.” Meanwhile, Field will next be seen in “Austenland.”  He’s also just begun production on “Not Safe For Work.”

Campbell’s rep told People that the couple “is thrilled”, although the baby’s gender and due date were not revealed. Will the happy couple now tie the knot? If they do, this would be the third marriage for Campbell, her first and second marriages both ended in divorce.

Gift From New Baby To Big Brother: Making The Transition