Gift From New Baby To Big Brother: Making The Transition 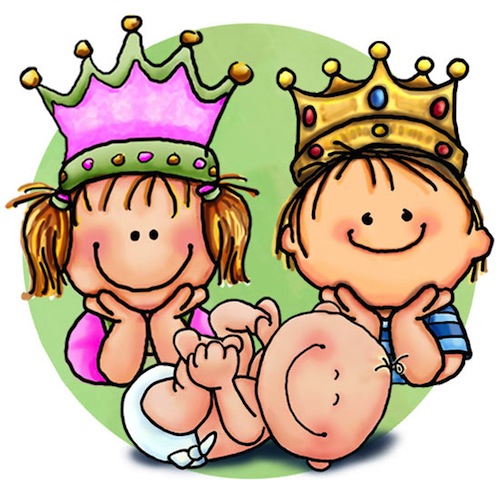 Going from being an only child, the center of attention, to being a big brother or sister can be difficult. I have been quite worried being my son is very much the center of our universe. Of course my sister, who is 15 and we have custody of, is in his life in a sibling manner and has been since he was born, but she is so much older that she focuses on him as well!

So I began doing some research on how to make it an easy and positive transition for him. We have been talking to him about baby Liam, about how he is going to have a best friend, be such a good big brother and helper to mommy. He has a few “Big Brother” shirts, one of which he wore to the baby sprinkle and will wear at the birth. He talks about baby Limeeey, and kisses my belly, but I am not sure how much he grasps the situation.

Lucas will be at the birth and we will all go home as a family together. A few sites suggested a gift from new baby to older sibling and I thought that was a great idea. So we also have a gift to give him, as a present from baby Liam. One “cool” gift that I know will not only keep him busy at the birth center but he will also enjoy for hours at home, and then a sentimental gift.

We are getting him a race car track to go with his cars (his obsession!) and then will take a picture of him holding baby Liam, and enlarge and frame it for their playroom.

I want this to be a positive transition and make things as easy as possible for everyone, especially Lucas. We are also getting a few big brother books and will get a stuffed animal for Lucas to give to Liam too.

Hopefully all will go smoothly!

What did you do to make the transition easy for your older child/ren?